On 4 December 2012, after morning chanting, we were prepared to another round of pindapat- but to our surprised, we were being brought to a school. 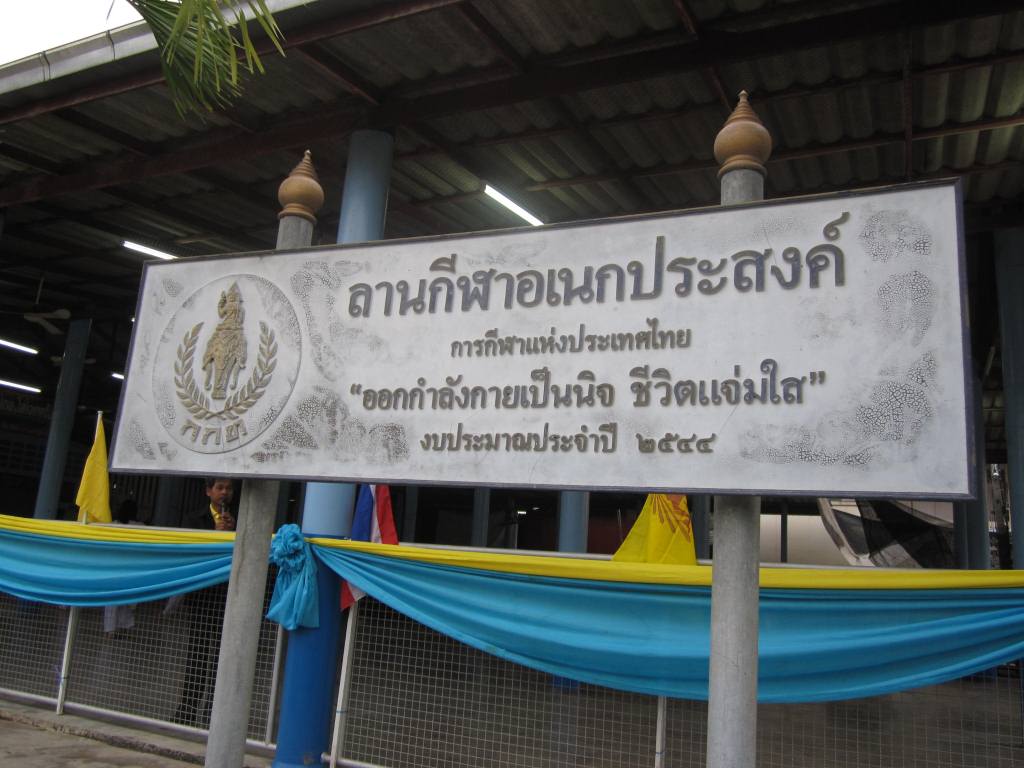 When we arrived at the school, there were many schoolchildren, waiting with their teachers to give offering to monks. They were all ready- the place and offerings have already been prepared. But we were ushered to the canteen where breakfast of rice porridge with meat and seafood was served.

And there were performance by the children using traditional instruments. 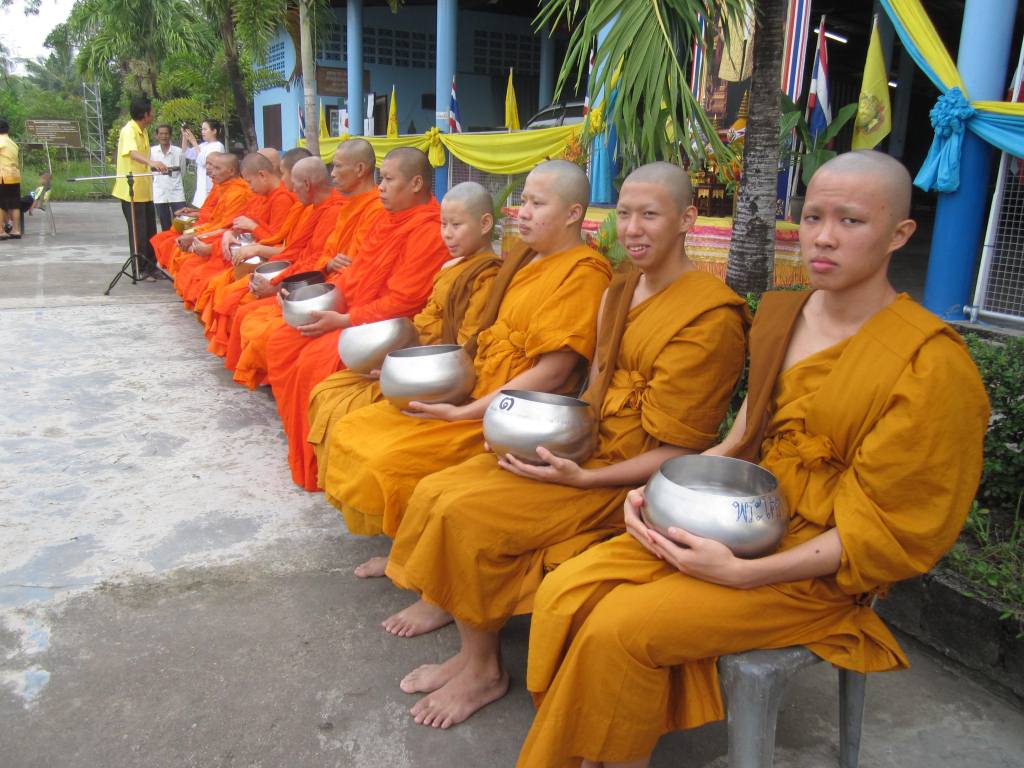 After breakfast, the monks and novices were ushered to the basketball court where the seats have been prepared. The headmaster started by requesting for 5 precepts and this is followed by pindapat. 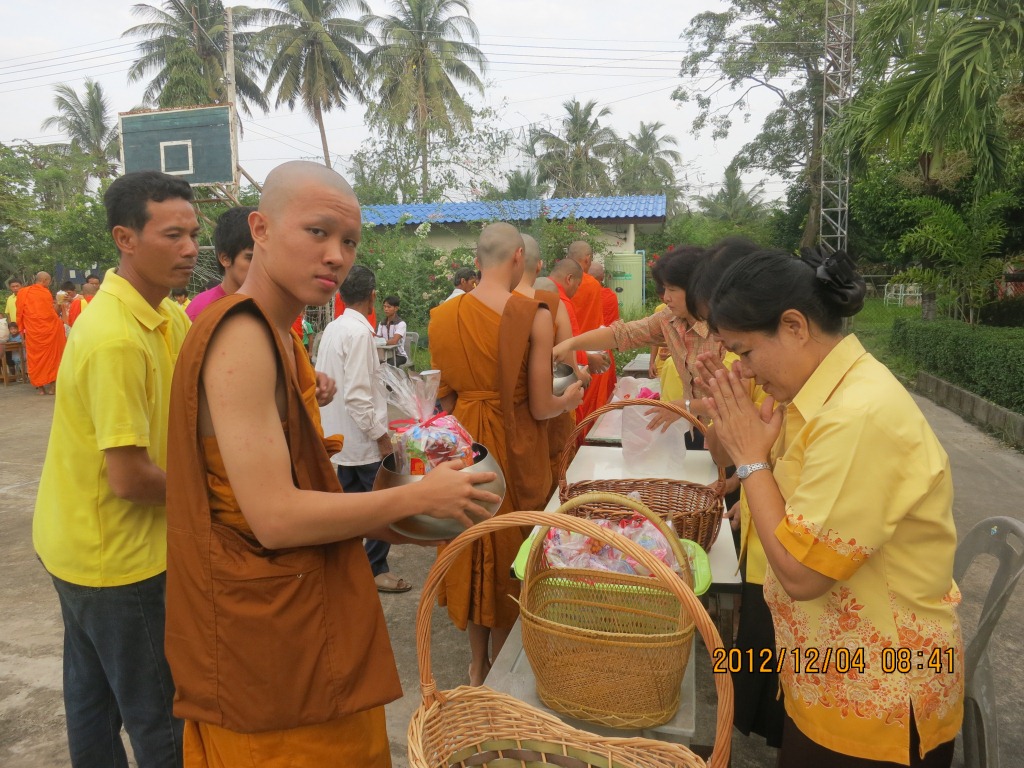 The monks and novices circuled around the basketball court- the generosity of the school- the teachers, parents, students and workers in buying food with their own money and offering as alms is something that many of us from other countries don’t get to see. The foodstuff collected almost filled the entire pick up truck.

Khun Mae had informed us that all the collection is to go to the temple as they have kindly allowed our novices to follow them. However, the temple later sent a few huge baskets of dry foodstuff to share with us. 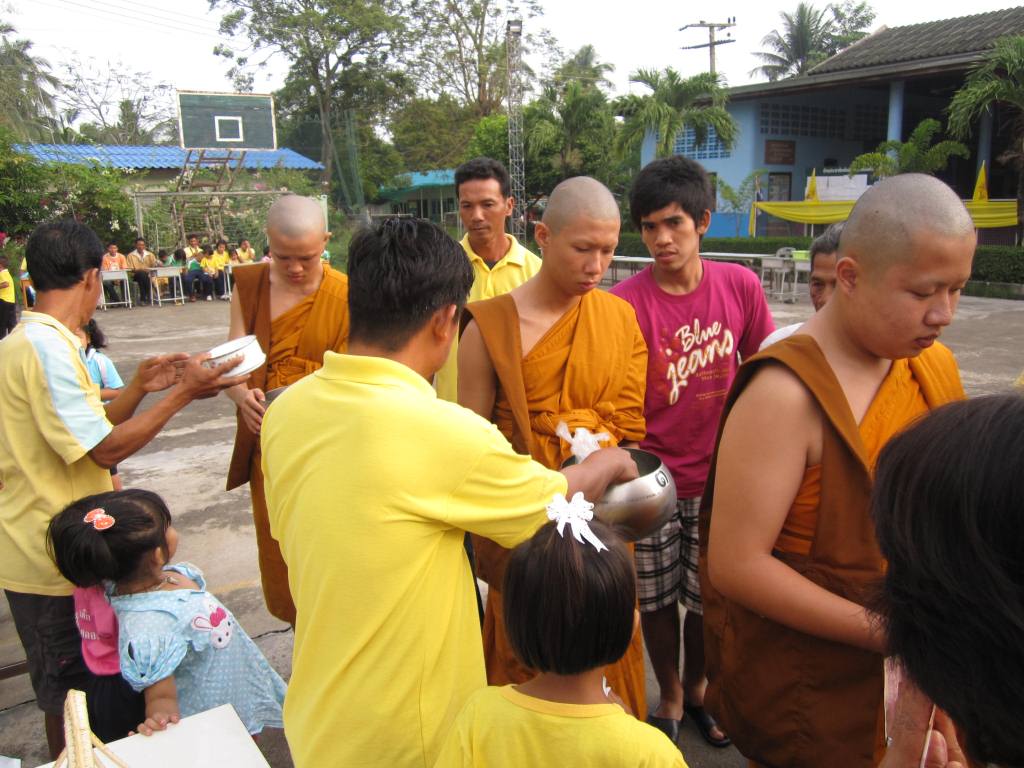 After the almsround, the teachers and children offered flowers and dana to the monks and novices. 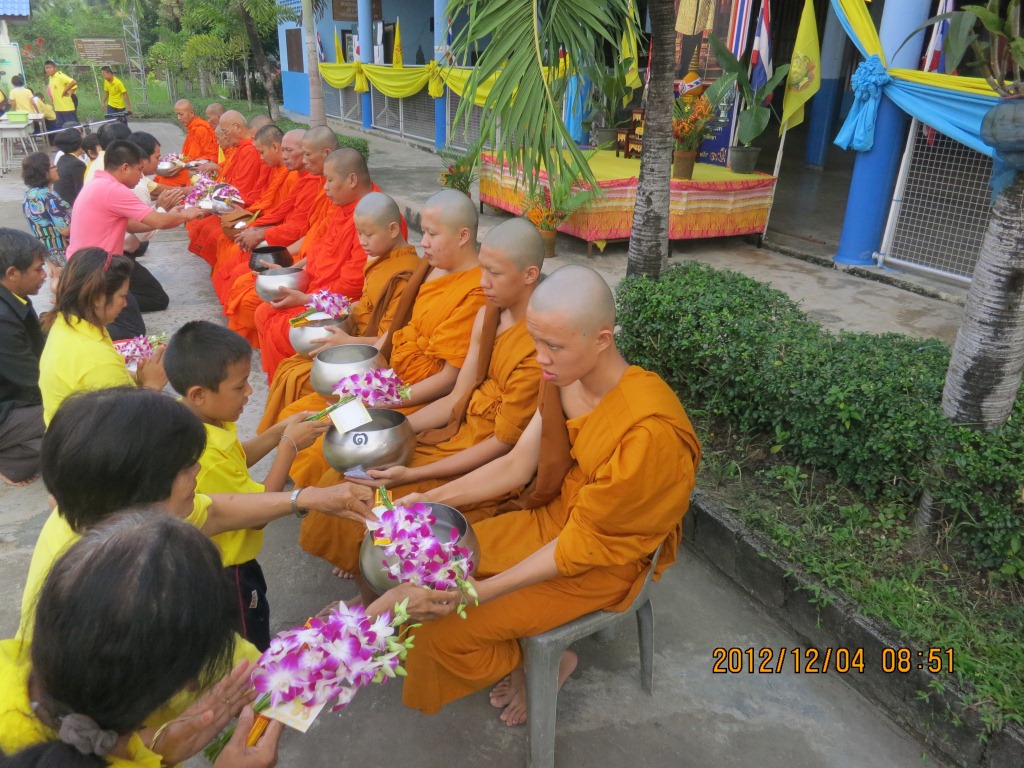 Below is the blessing from the monks. 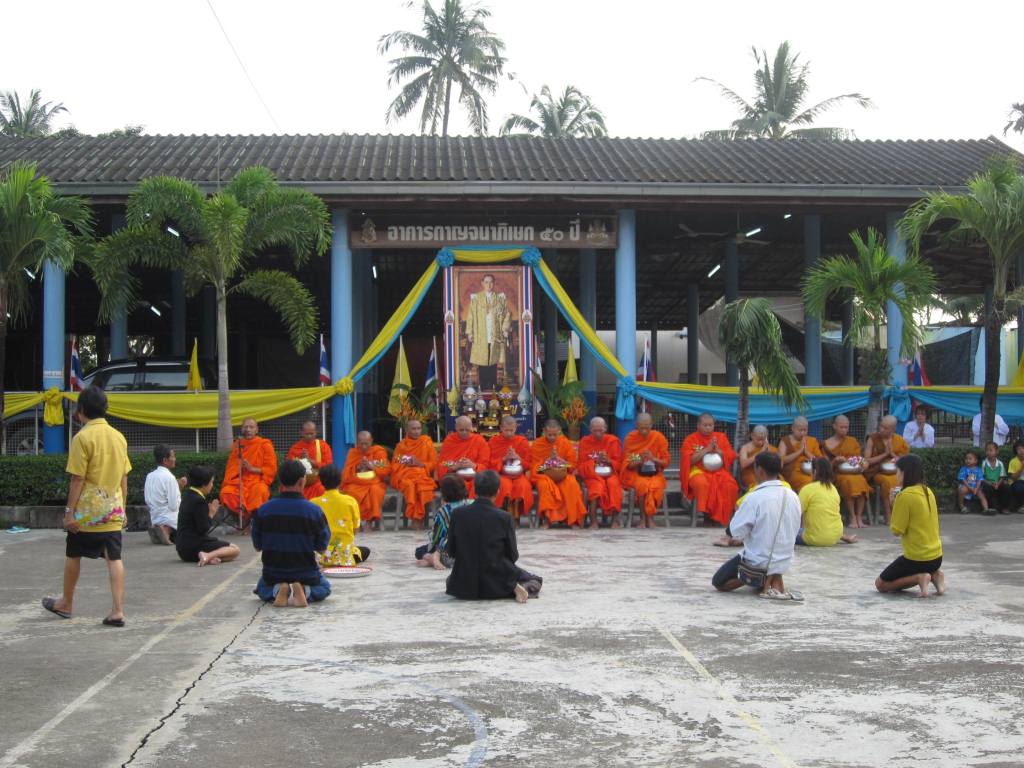 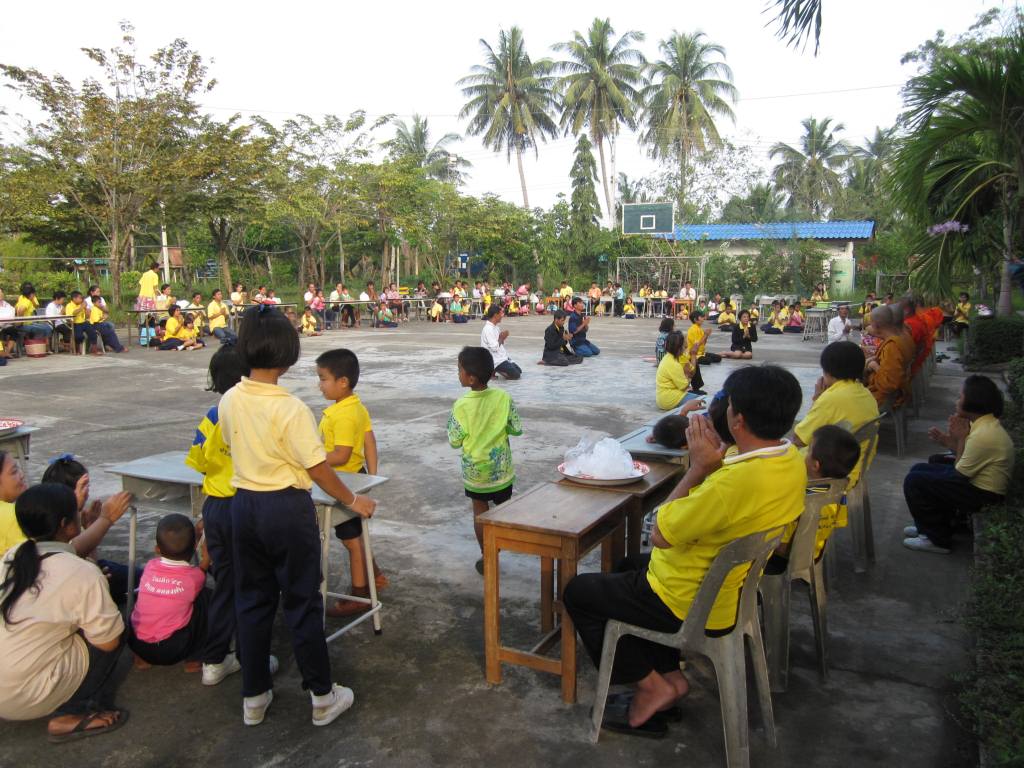 Strange experience when practicing at the cave

The Power of Dana