The ordination ceremony was held on 2 December 2012. Earlier, the 4 participating novices have shaved off their hair. The robes below are offerings to the new novices: 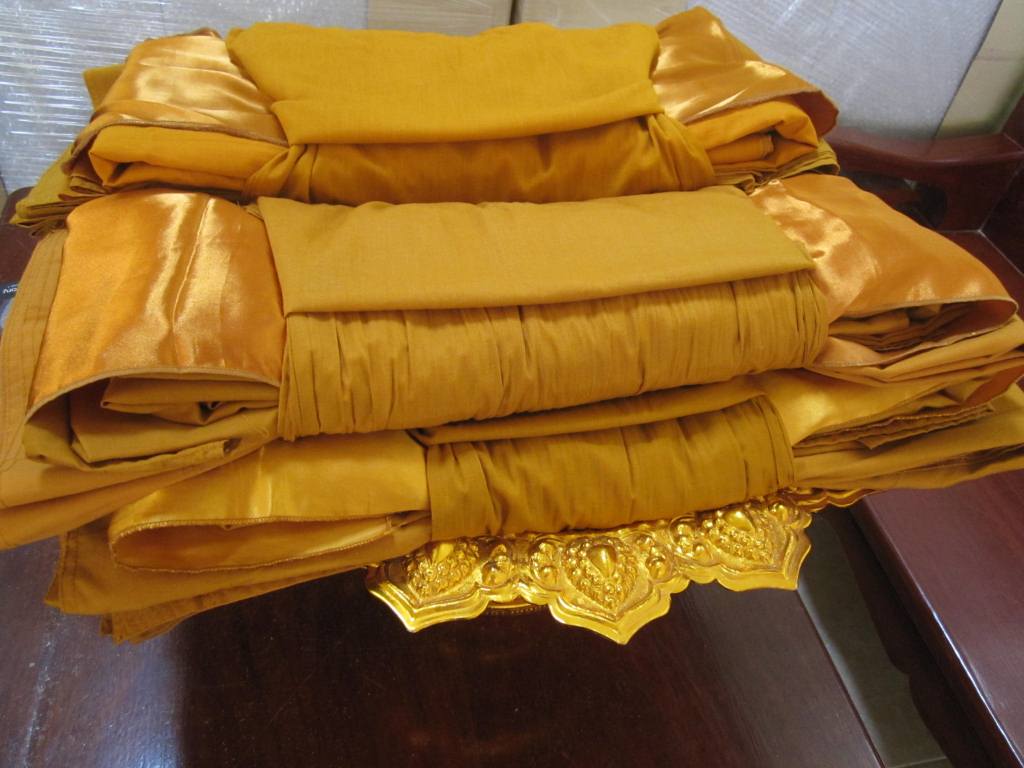 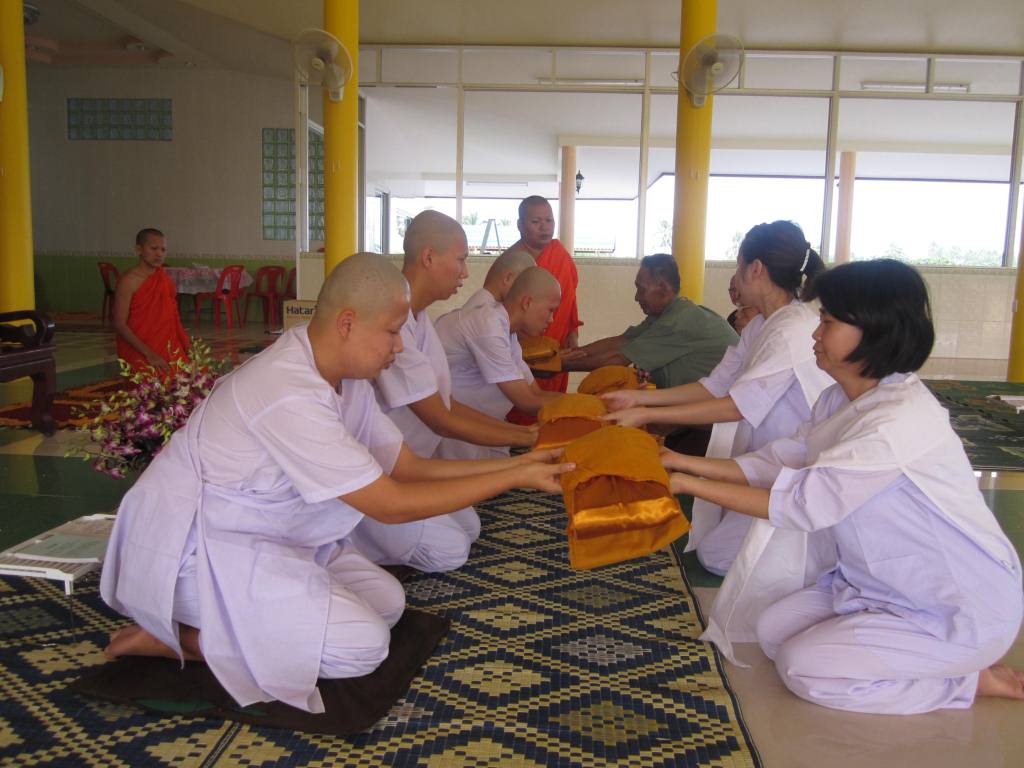 The guardian presenting the robes to each novice. 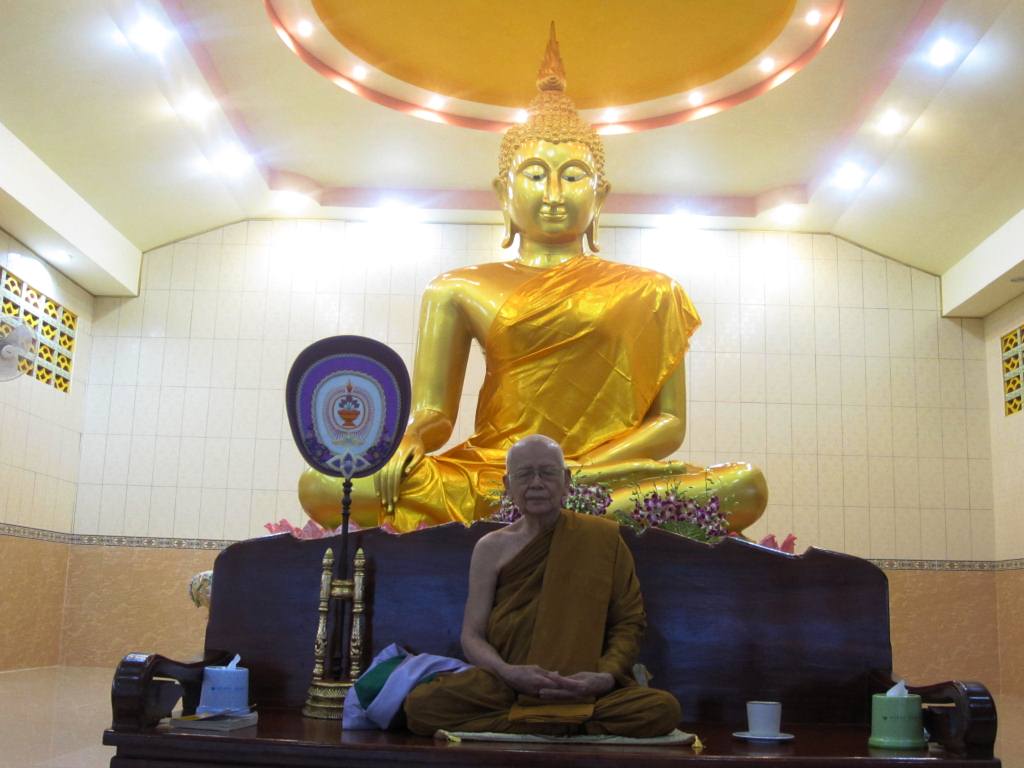 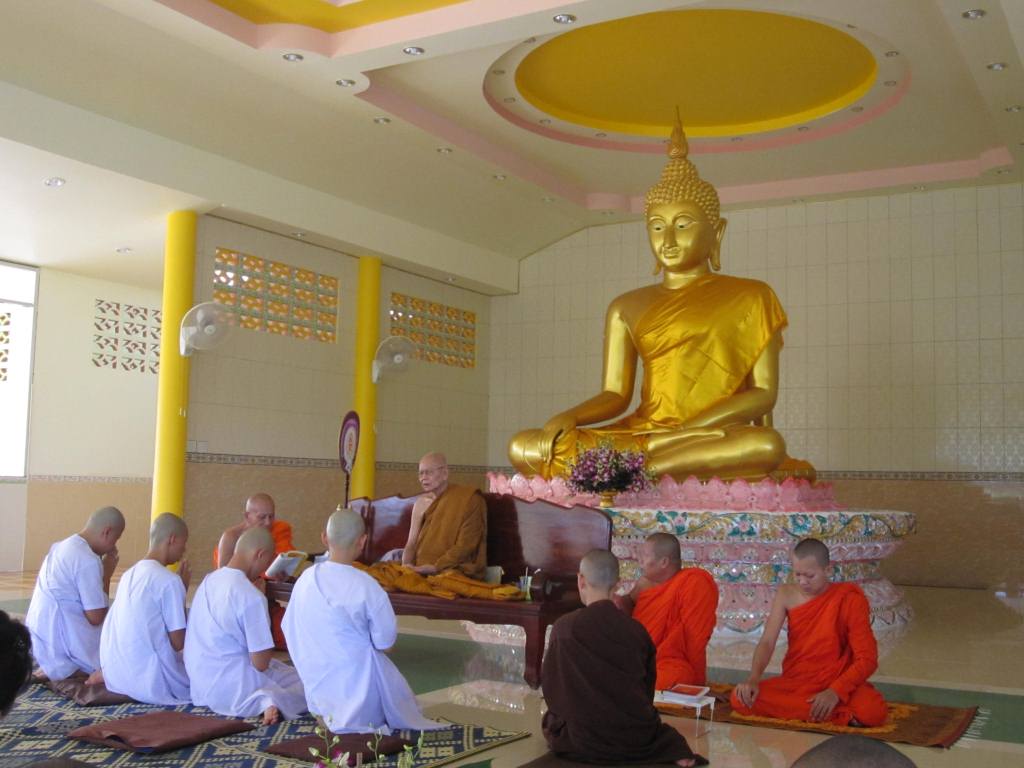 Above: The 4 novices reciting request for ordination. 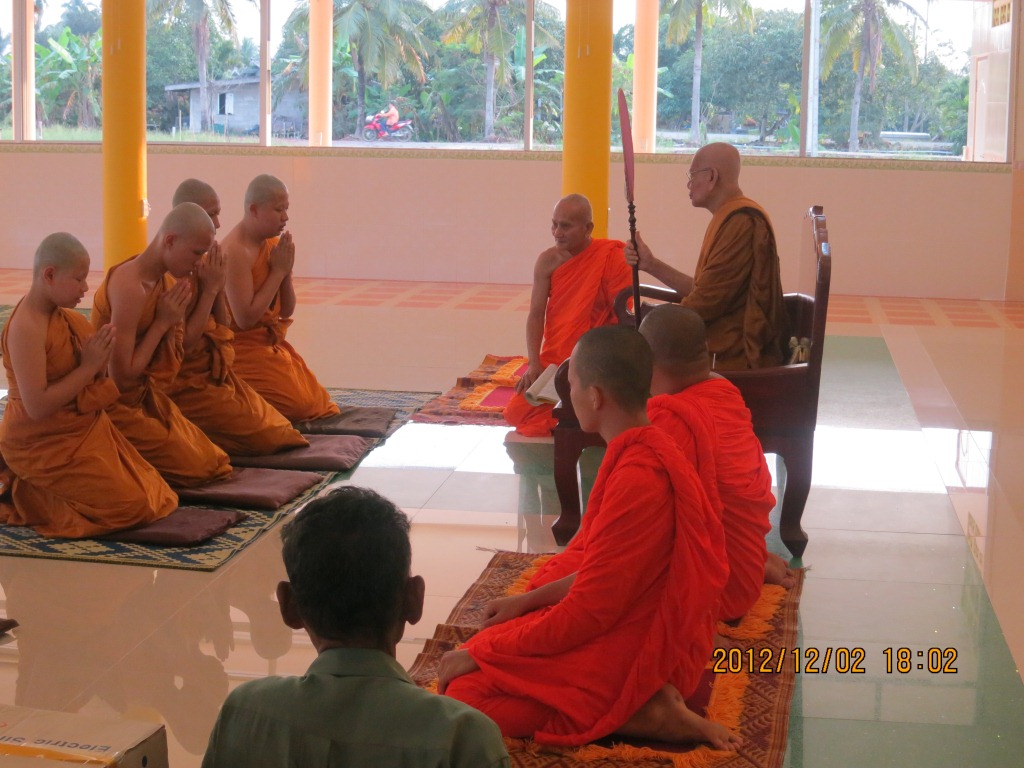 Above: The 4 novices after wearing their new robes that was offered to them. 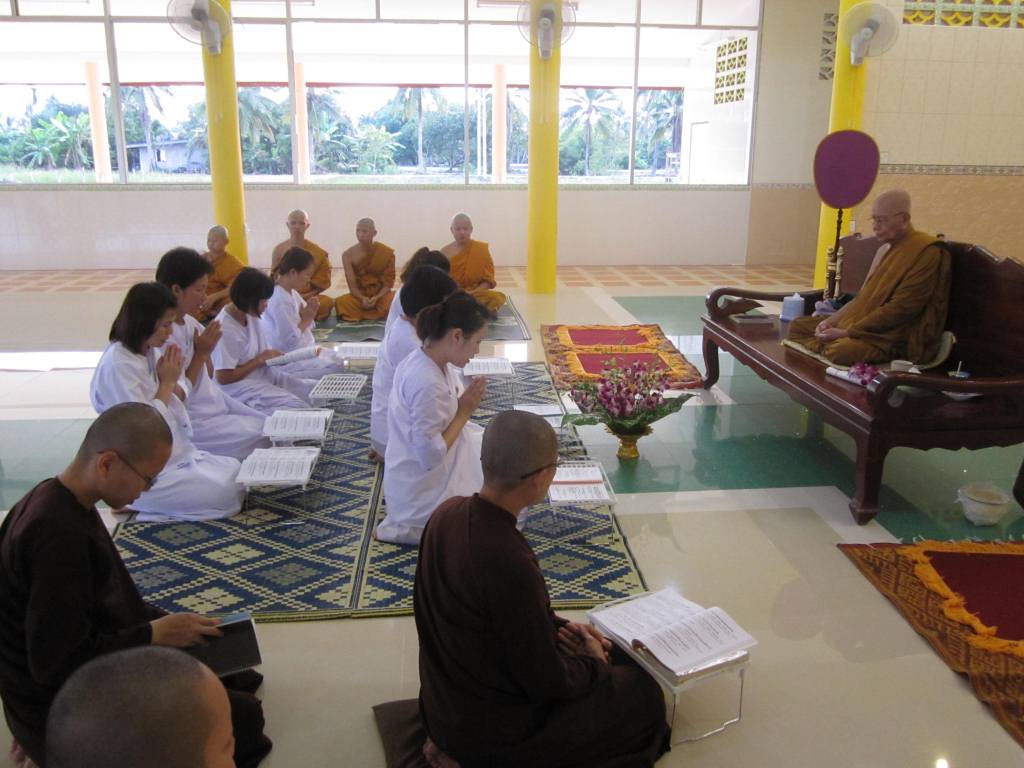 Above: The female 8 preceptors requesting the recitation of 8 precepts from Luang Phor. 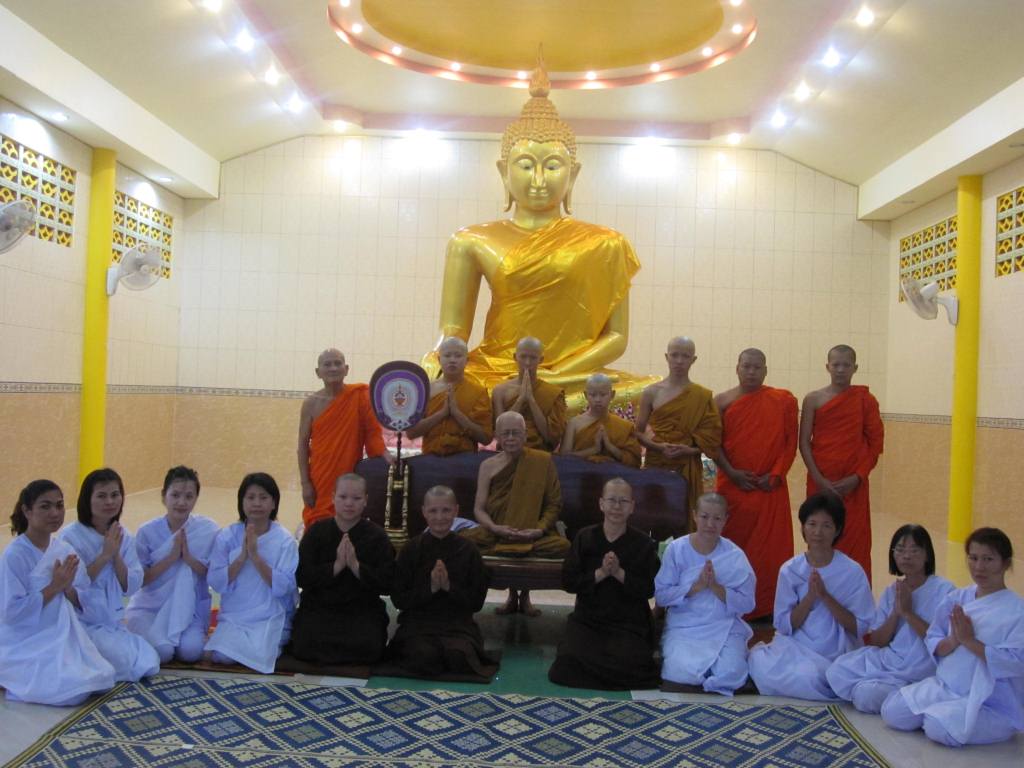 We have gratitude to Luang Phor who took time from his busy schedule to come and perform the ordination for the novices. 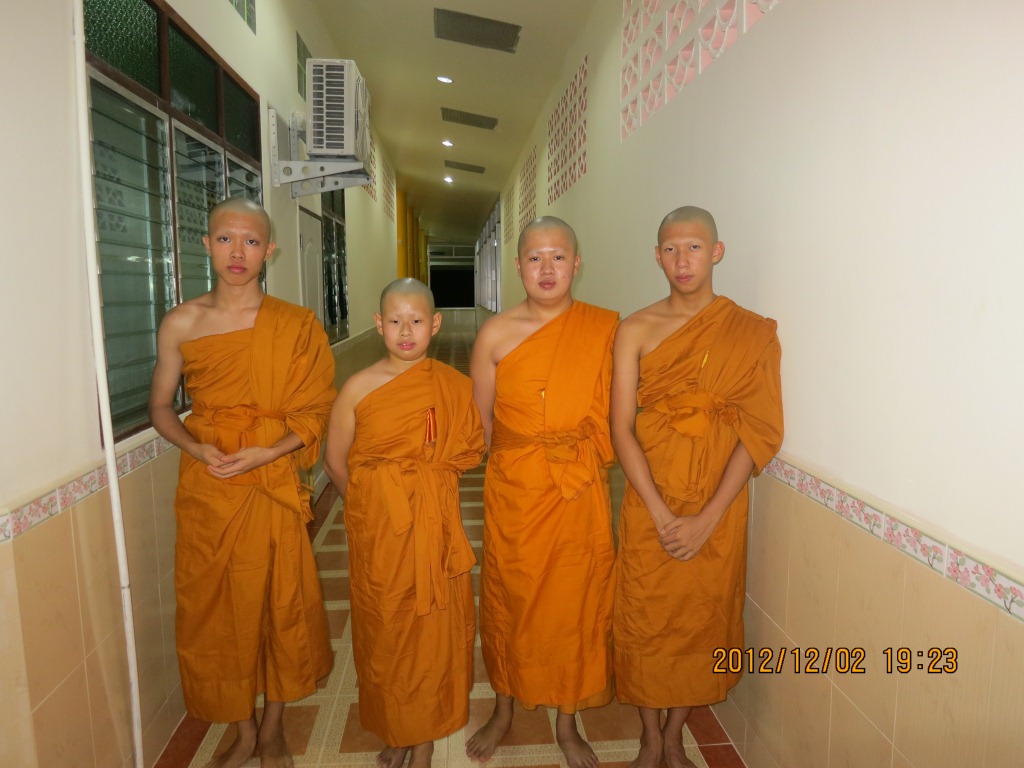 The 4 novices who are all from Kota Kinabalu (คินาบาลูโก), Sabah, Malaysia (มาเลเซีย).

Before we judge others, look at our own hearts