On 25 August 2014, there was a short sharing section where Khun Mae provided some advise as there were some participants who would be returning to Malaysia and Singapore on that day. 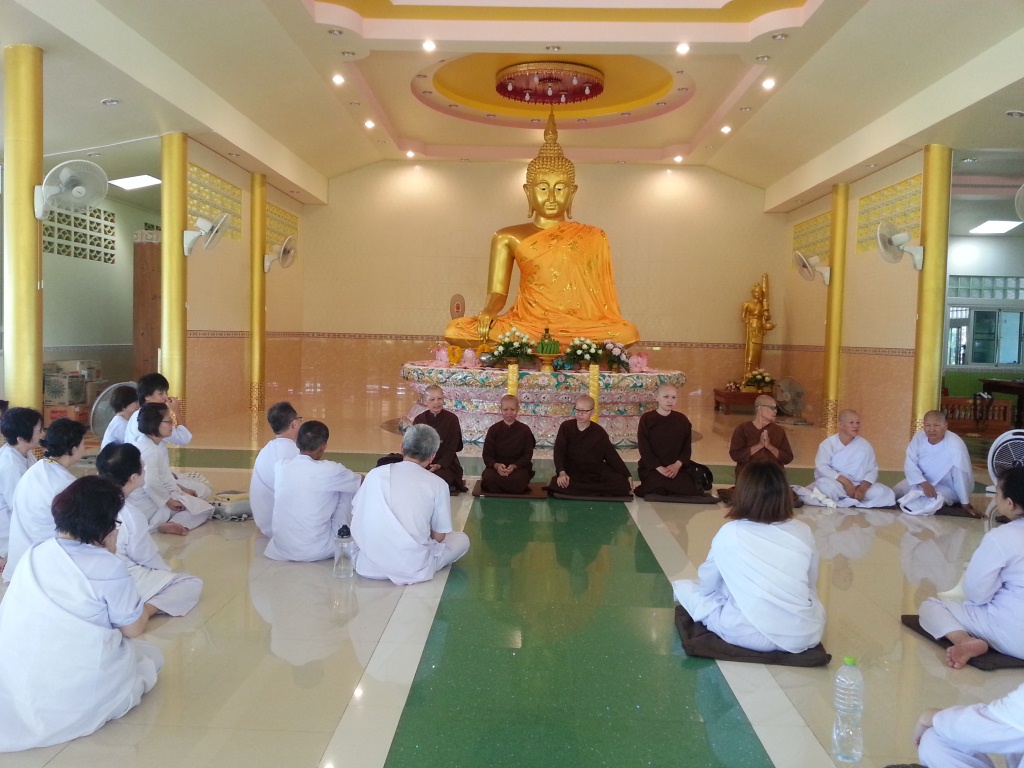 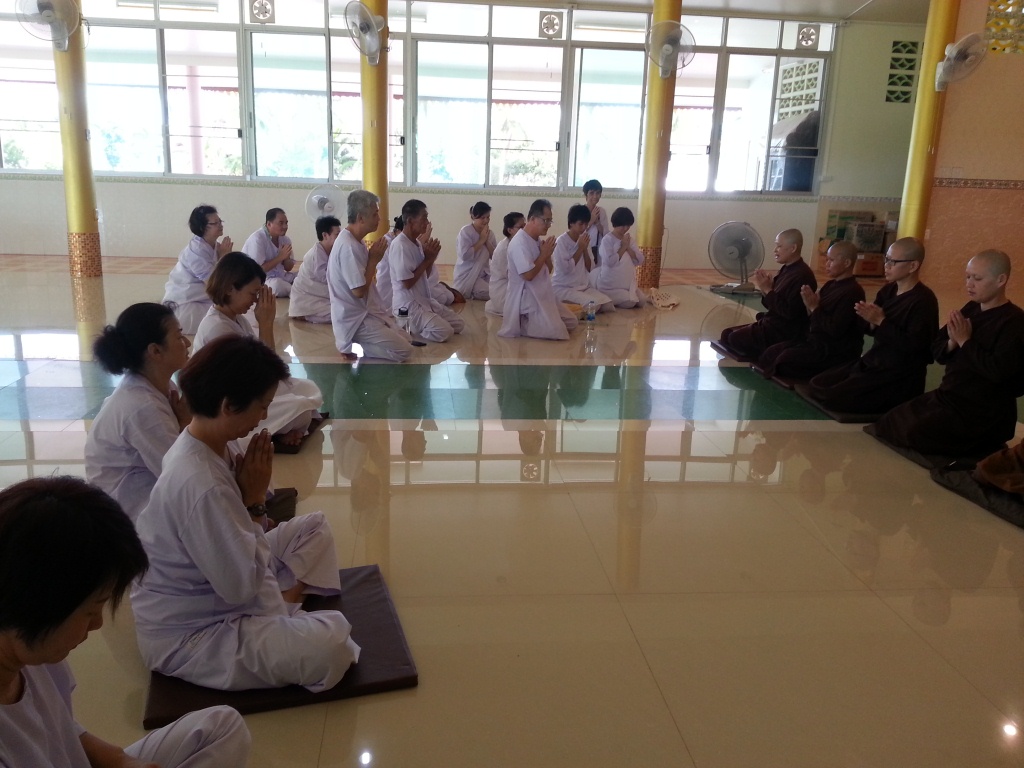 After that, we left for Bangkok to visit the Monks Hospital (address: 445 Thanon Si Ayutthaya, Chang Wat Bangkok, จังหวัด กรุงเทพมหานคร Thailand).  It is set up to provide health care to monks free of charge.

When we arrived, some monks who were mobile were having their lunch at the cafeteria. We offered food packs (consisting of biscuits, water, yogurt drink, rice and cooked dishes) which we had helped to pack and prepare. 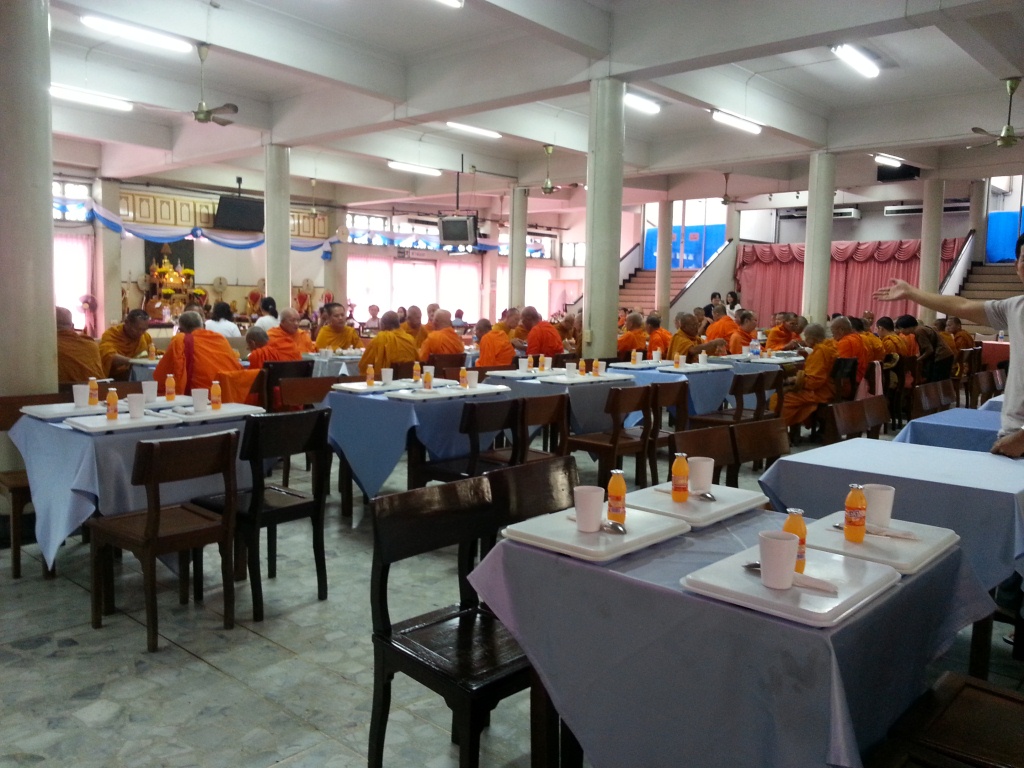 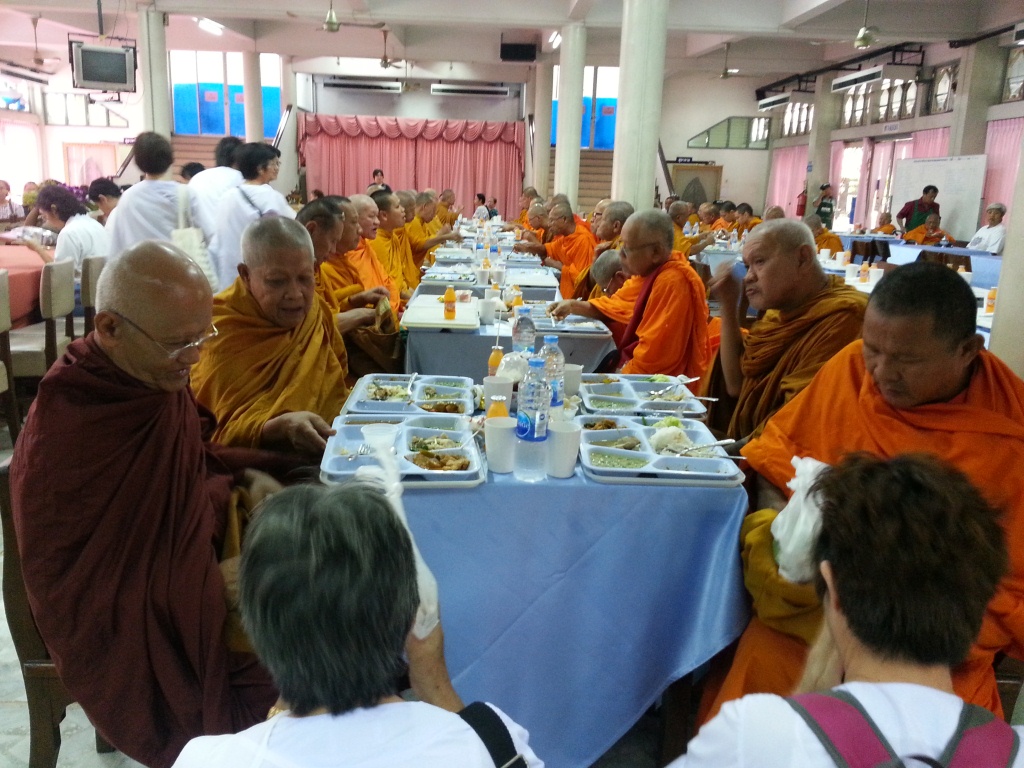 After that, we proceeded to the hospital wards to offer the food packs to monks who were not mobile (we could did not take any photos from the wad as taking photos is generally not allowed within hospital rooms/wards).