From the time I first know Khun Mae until now, I’ve never seen her judge any persons by their outward appearance. In fact, her understanding of the person can totally come as something unexpected.

For example, there had been those who created some disturbance towards the peace of others but she would say that, ‘outwardly yes he is rude and misbehave but he has a good heart’, or ‘she is currently going through a very difficult personal time and do not mean any harm. Please exert some understanding and compassion’.  On the other hand, she may correct those who have seemingly has good outward composure and behavior.

However, there are also some whom she said is very difficult to help because it is either they are not ready or they have no intention of changing their ways.

An incident that illustrate this is in the real story as follows:

From time to time, Khun Mae has a supporter who would come over – usually to undergo ordination. This person (let’s call him P)  is a very chatty person and one would be able to hear his voice even though seated quite far away. He would chat and make jokes …..lightening up those around him. He would never be ‘two faced’ and is honest and say what he means. For those who have seen through so much of life, they saw through his good heart and never minded his behavior.

However there was once another person A who came to ordain who could not tolerate P, finding him noisy and annoying. A went to see Khun Mae to complain about P, questioning why Khun Mae allowed P to come for ordination and disturb the peace of others. During that time, others all had no issues with P except for A.

This went on for days when both A and P were in the ordained robes. Khun Mae had always advocated tolerance and especially when one was in the robes, one should never have ill will against others. For short term ordination, personal obstacles and challenges met serve as an opportunity for reflection, letting go and growth. Still, A was not able to let go of his misgivings on P until an incident happened….

One day there was a person who fell into a waterway. The person nearly drowned. A was actually one of the first person who saw the person fell into the water. But A stood frozen on the ground- he was unable to move. Due to the commotion, P found out and straightaway jumped into the water to save the person without thinking. There was no hesitation, no fear ….P’s only thought is to rescue the person.

Due to that, P saved the person’s life but P never bragged or talked about it. It was just something he would do out of his good heart.

From that incident, A came to a shocking realization. He asked himself- why as a seemingly ‘practicing’ person, he did not take immediate action to save the person’s life. But instead, a person whom he thought was an annoyance ….without hesitation jumped into the water to save someone.

P had a very good and kind heart. If he could help, he would and would do so wholeheartedly without any resentment. Sometimes there are those who came who are very serious and he would make them smile or laugh a little with his lighthearted ways.

If we are quick to judge or find faults with others, we may fail to see the goodness in the person. 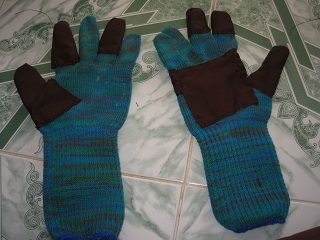 Previous <  Importance of having gratitude towards our parents

Next>  Guide to perform walking meditation

Why did Khun Mae wear brown robes
Why my luck does not change even though I always p...
Changing fate and destiny through chanting and med...
Transferance of Merits to Others
Share this:
Dhamma Sharing