You are at  PhotoGallery โฟโต้แกลลอรี่/ Events> Photos of Wesak 2016 Ordination Program> Part 1: Preparation and Ordination Event

Hair shaving for participants who wishes to ordain as monks. 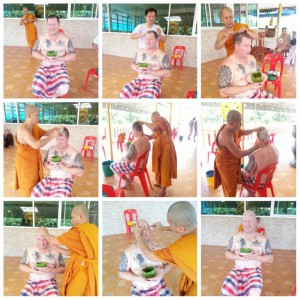 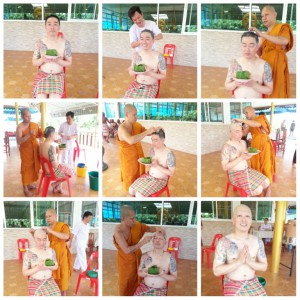 After hair shaving, turmeric powder is rubbed to the body.
It is to remove the impurities and unwholesomeness.
Each participant would be embarking on a new journey leaving whatever that is no good behind. 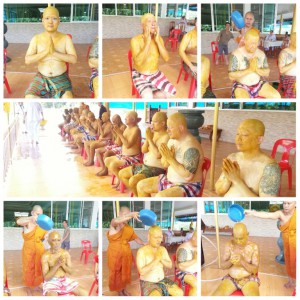 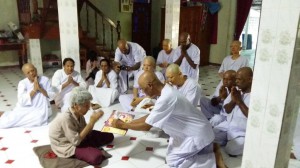 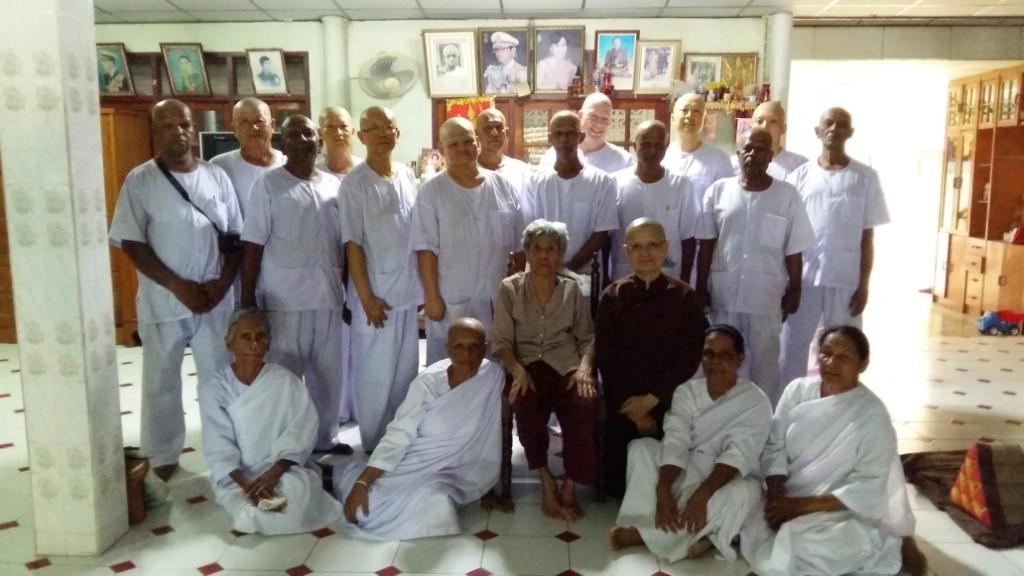 In the evening we made a trip to a temple by the riverside to release shaved hair into the river: 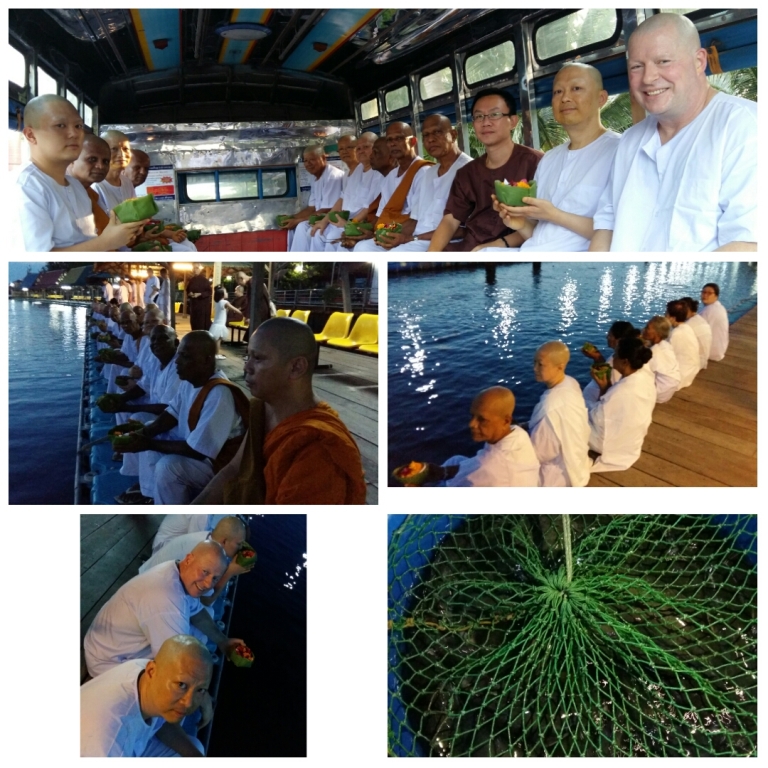 This year the ordination event is held at Wat Klong Tan, Samut Sakhon.

We went around the ubosot (Ordination hall) for 3 rounds clockwise chanting Itipiso. 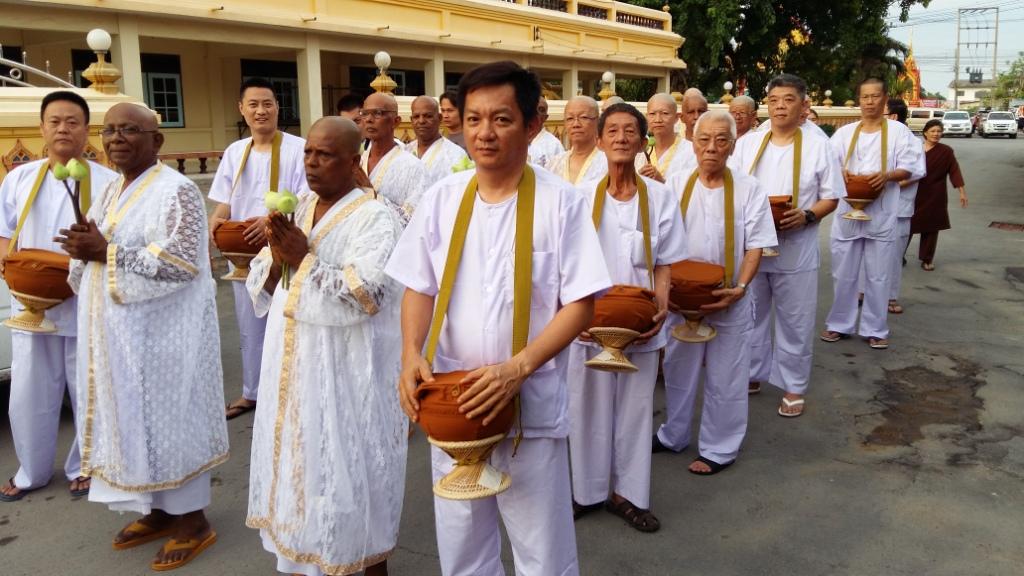 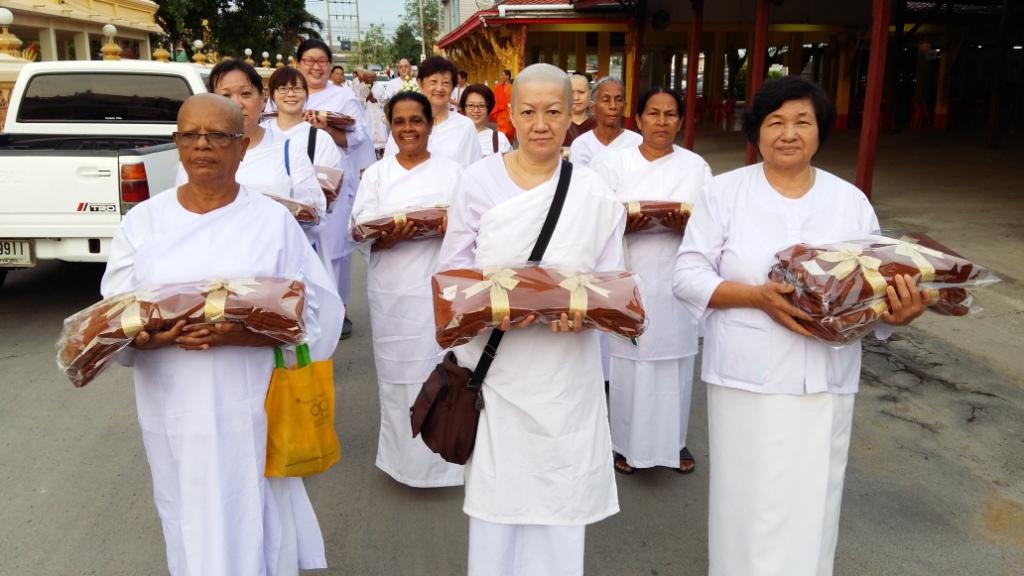 After that, we proceeded to the ordination hall.
Robes were being offered by the participants’ family members. If the family members were not
present, there were representatives to offer the robes. 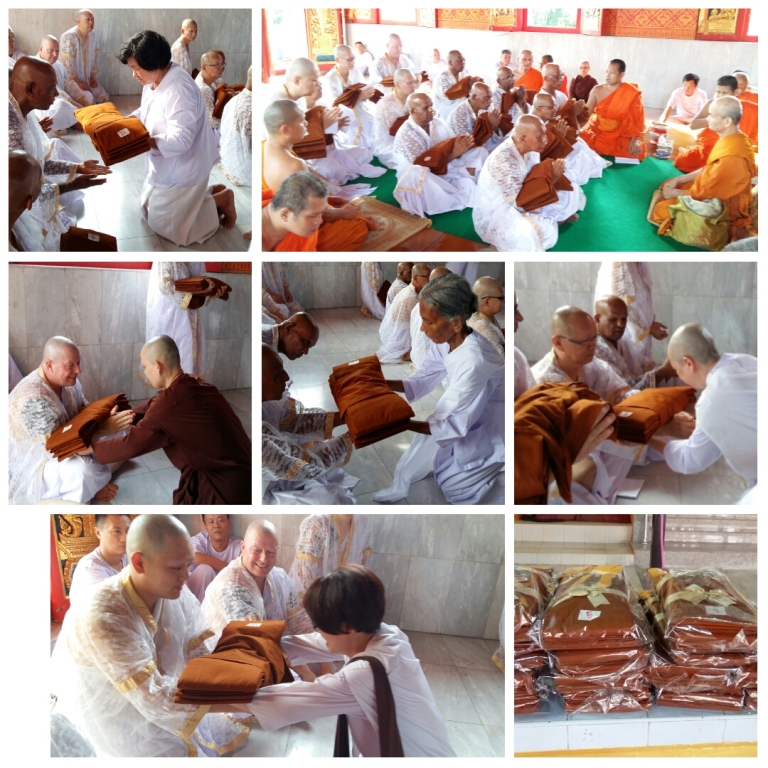 With the robes at hand, the participants pay respect to the Upacaya, the Acariyas and senior monks.
They begin by requesting for the going forth with the Upacaya.

The Upacaya then advised that as the participants are here to ordain, one should ensure one
practices the teaching properly. He said that we must have faith as the Buddha had taught us that
we must have sila (morality), samadhi (concentration/ calmness)

The Upacaya puts on the shoulder cloth for the participants: 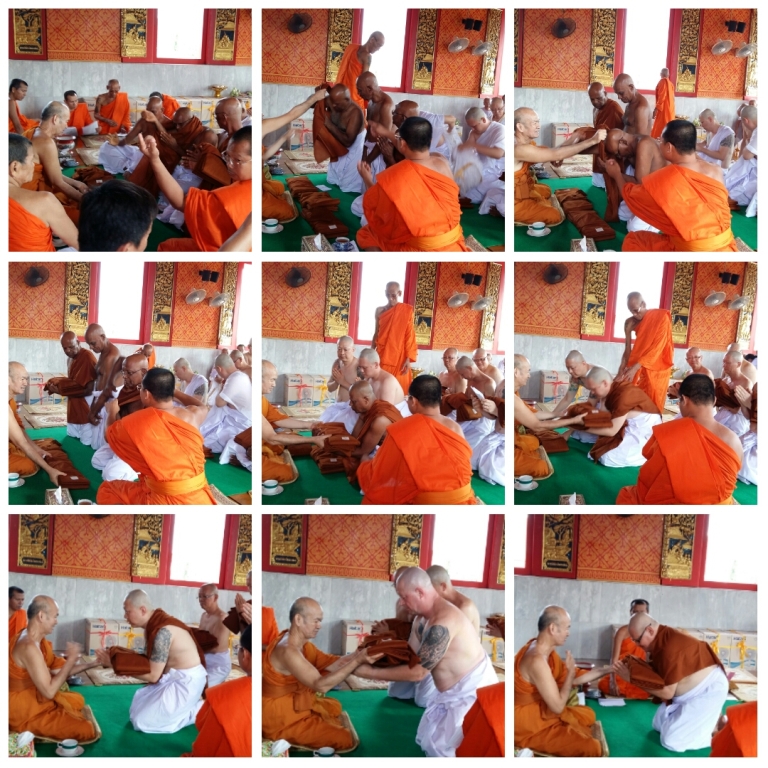 Senior monks also left the assembly to assist the participants to put on their robes: 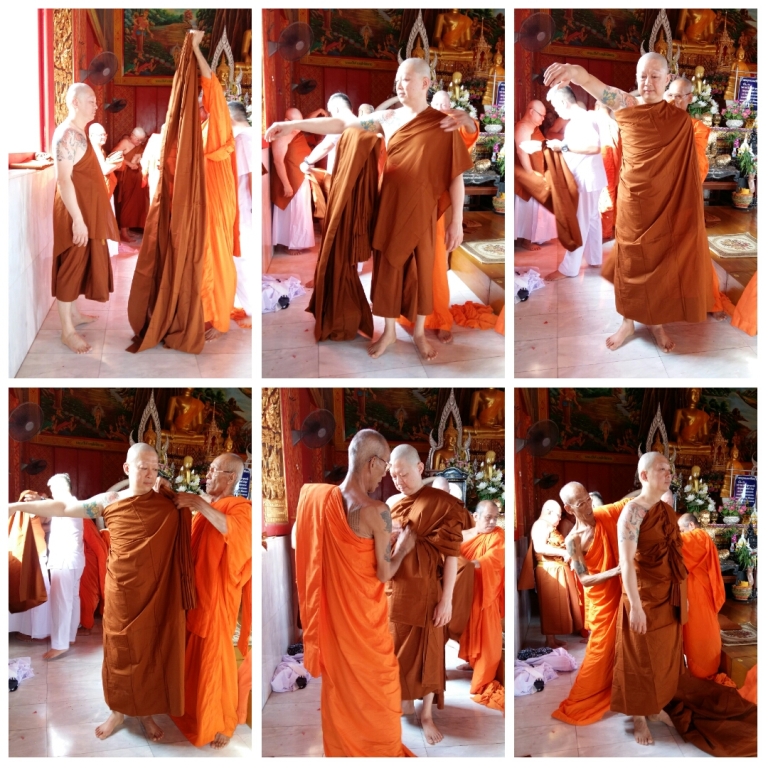 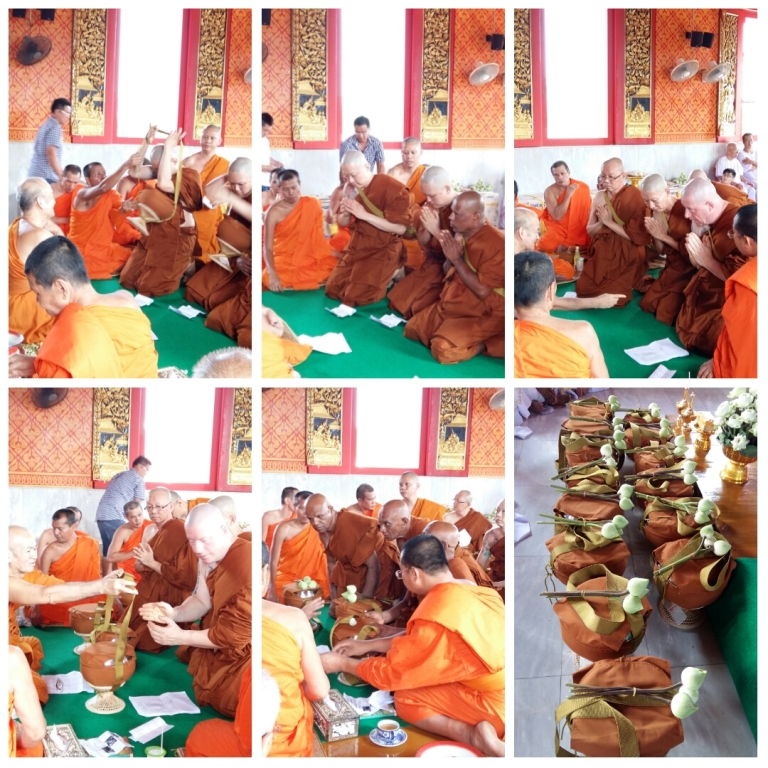 Participants are also have to answer questions posed by the Acariyas: 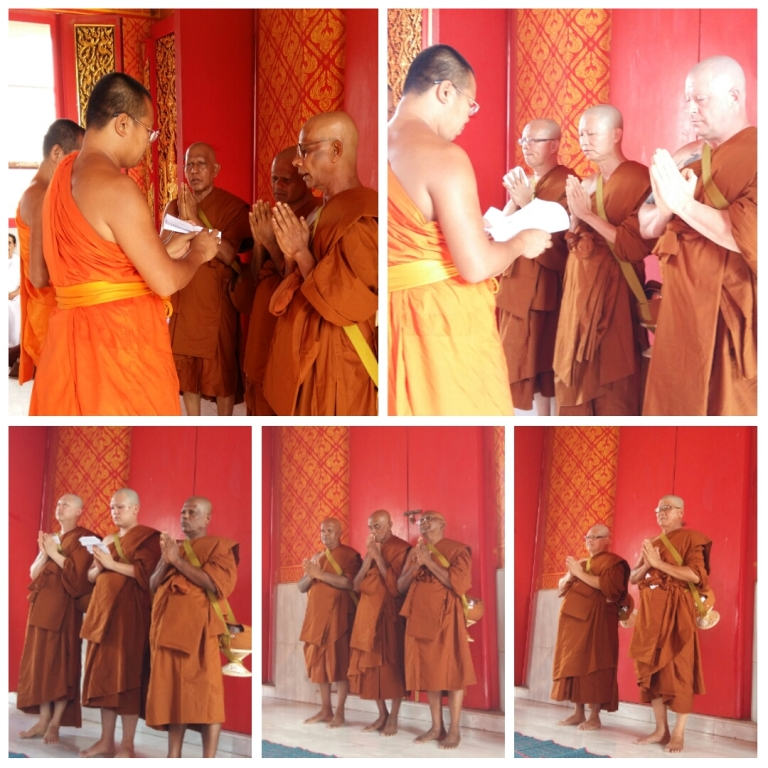 The participants are accepted into the bhikkhus order: 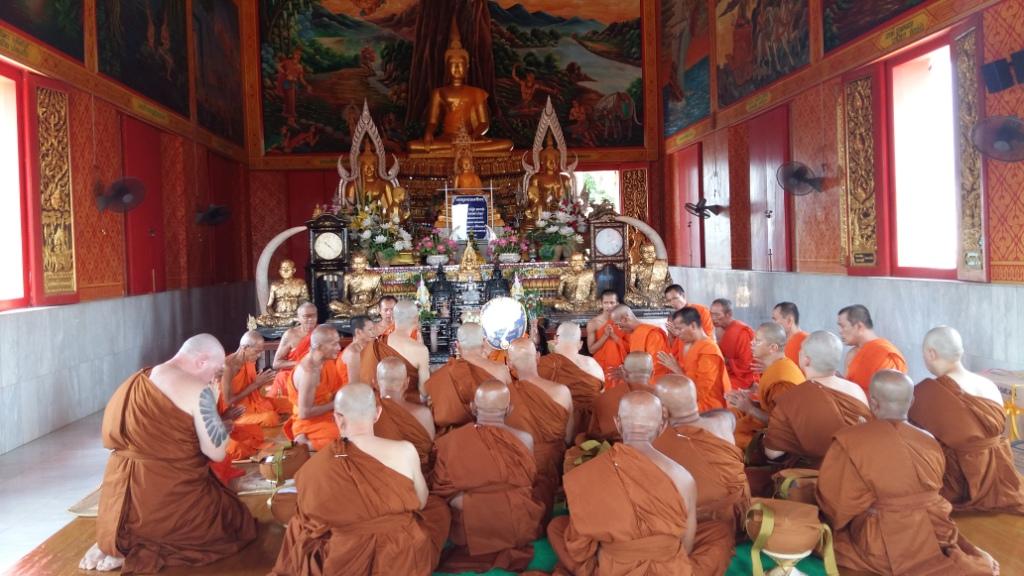 This is followed by transference of merits and offering of requisites (fan) to the temple: 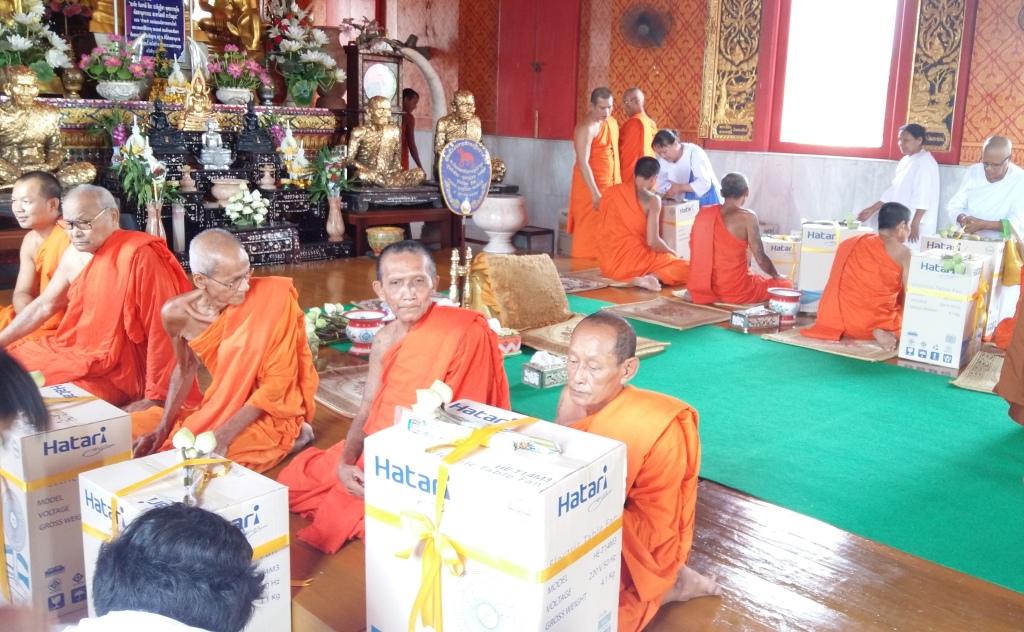 Sadhu to our participants on successfully completing the ordination.

Next>> Ordained Life (Chanting, Morning Alms and Others)

Why let anger bother you