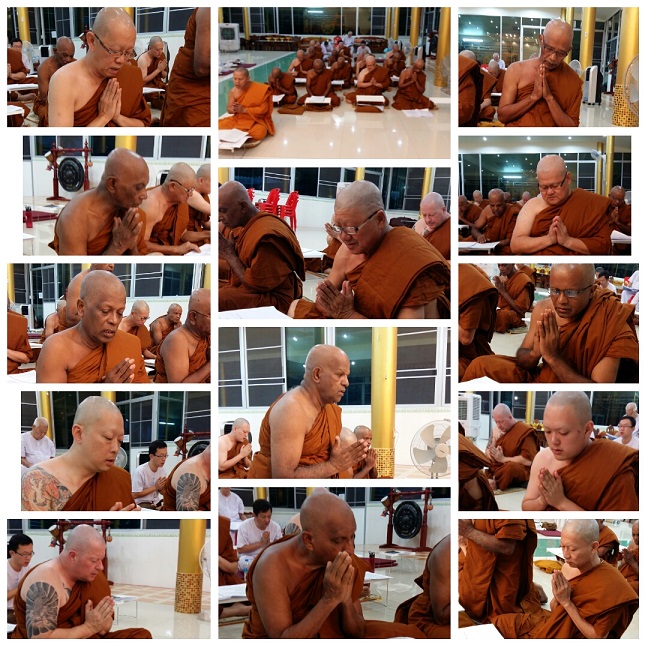 Above: Chanting on 20 May 2016 before going for almsround.

Below are photos of almsround of a few days in Samadhidhammaram Centre. 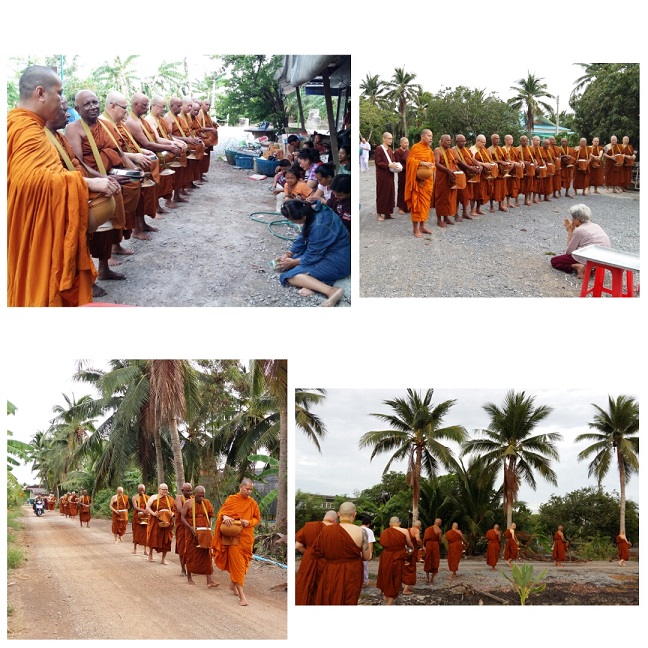 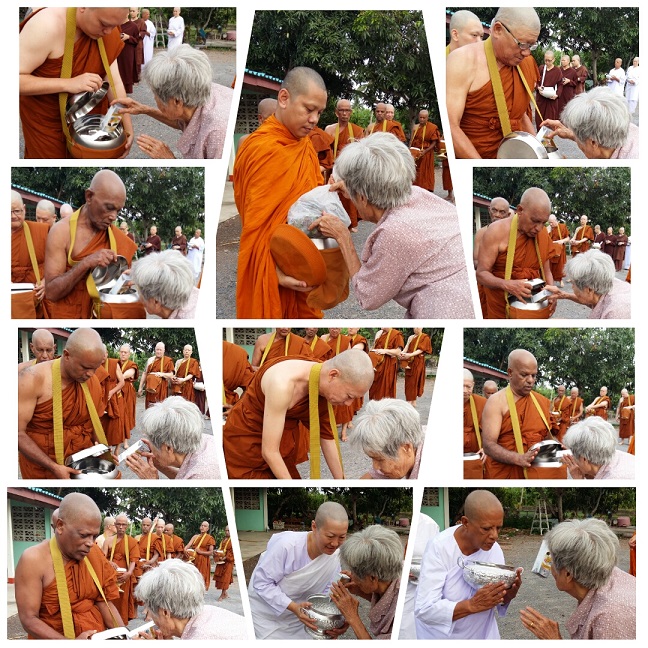 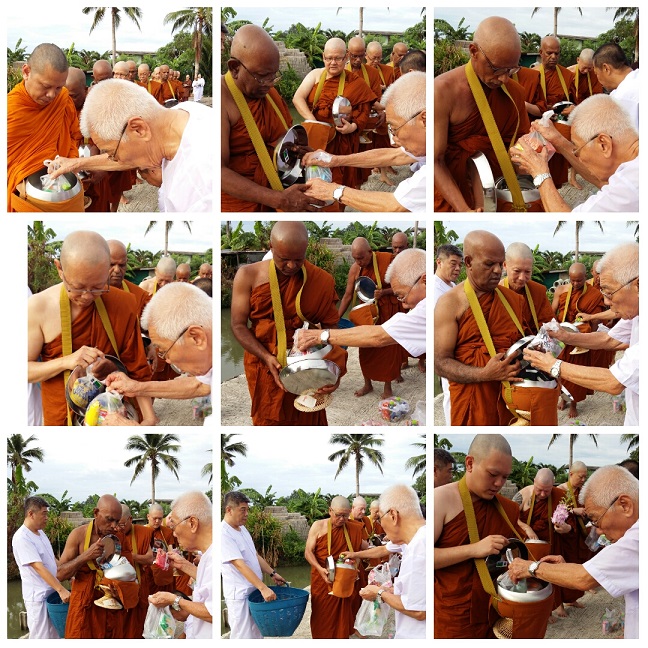 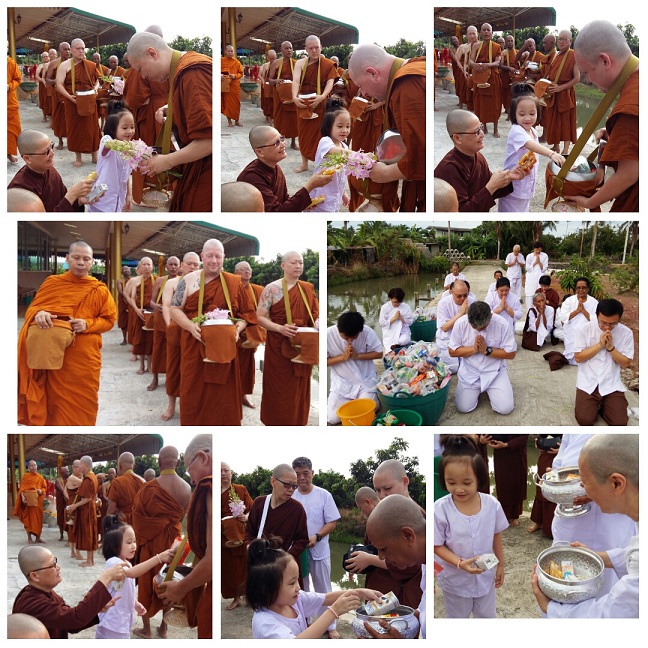 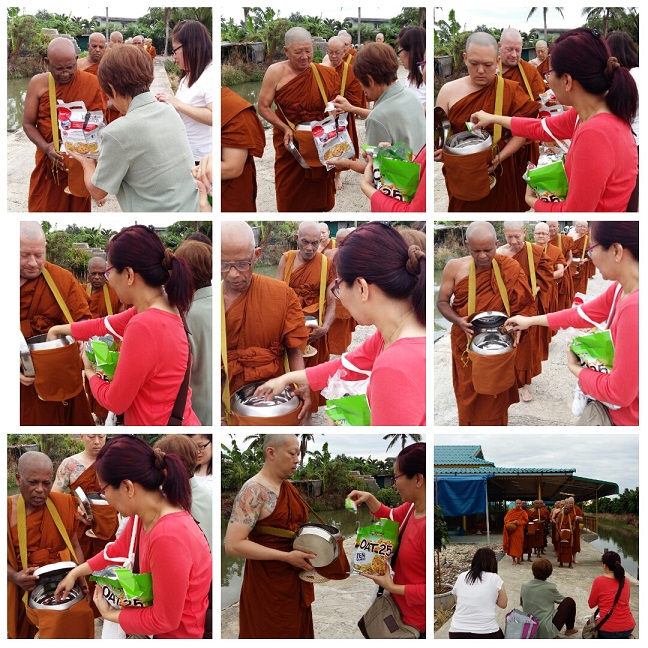 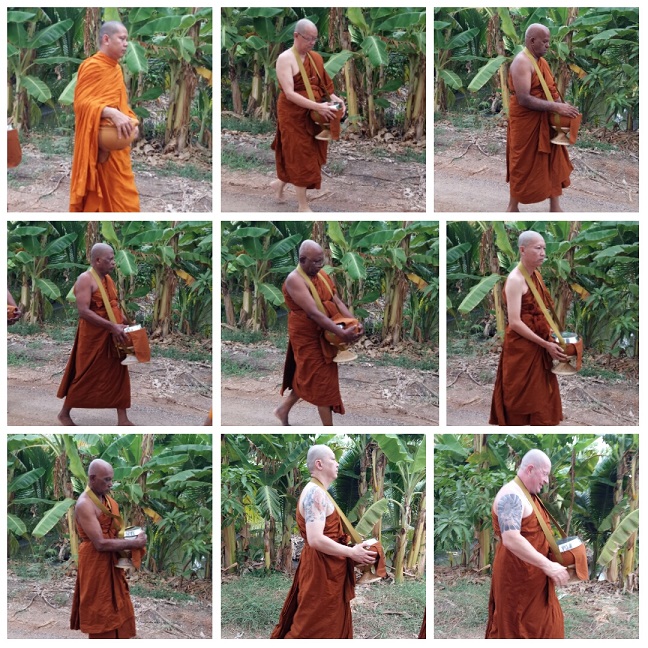 As the  monks have to walk barefoot during alms, there are certain paths where there are small sharp stones which is painful. Each of the monks endured it with patience and resilience. In fact, there are a few of the monks who have quite bad knee and back problems but they persevered. 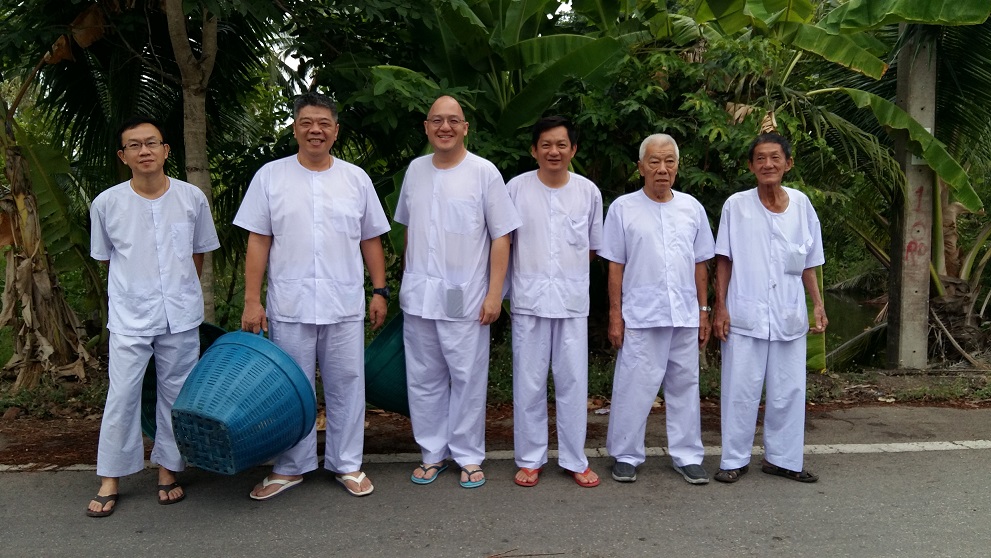 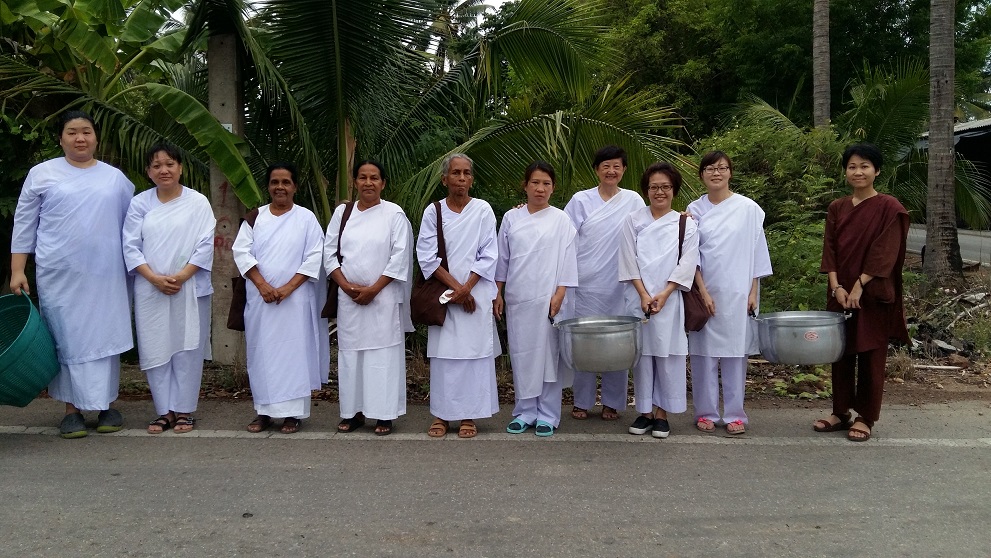 Khun Mae is immensely grateful to supporters and donors who contributed funds, their time and energy into helping to make the event a success. Many worked tirelessly behind the scenes. For example, the 2 pictures above are lay preceptors who helped to help carry the almsfood, travelling along side with the monks and nuns. They also assist in preparation, helping with announcement, translation, becoming kappiahs (assisting monks) as well as other behind the scenes preparation.

We begin with evening chanting: 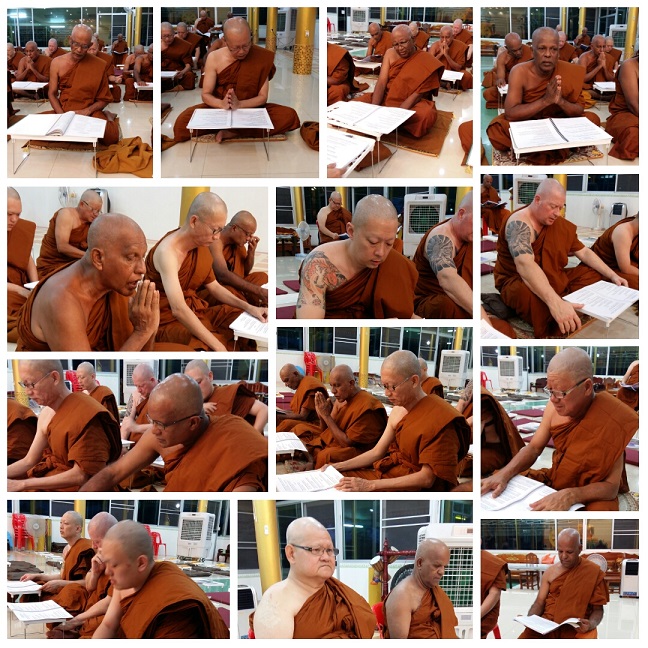 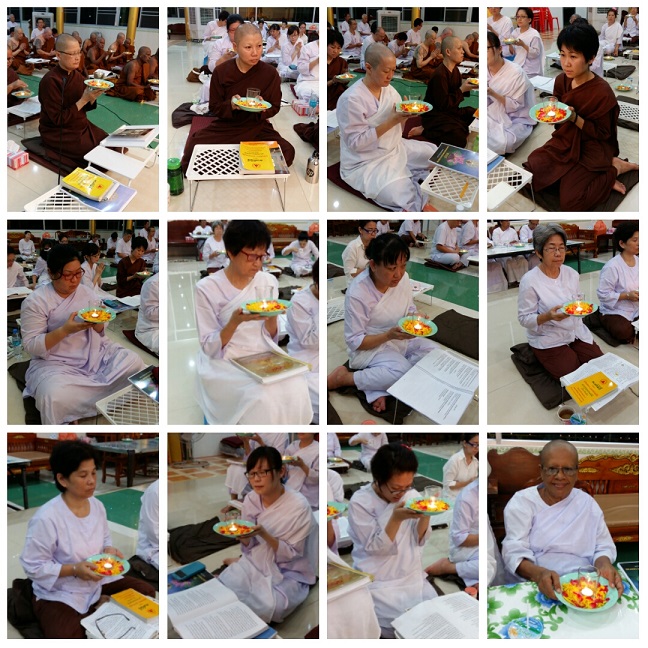 After chanting the Visakha Puja, we made aspiration in front of the Buddha: 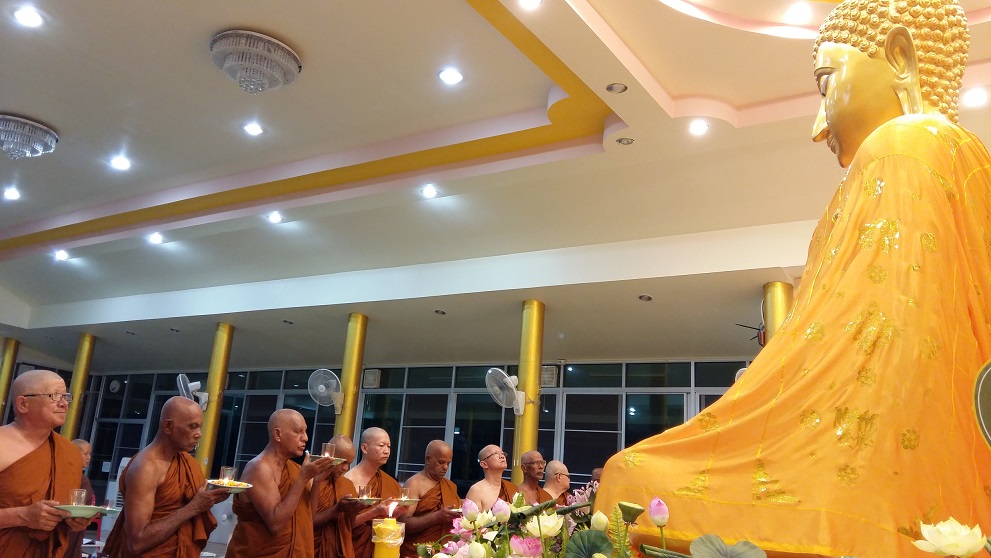 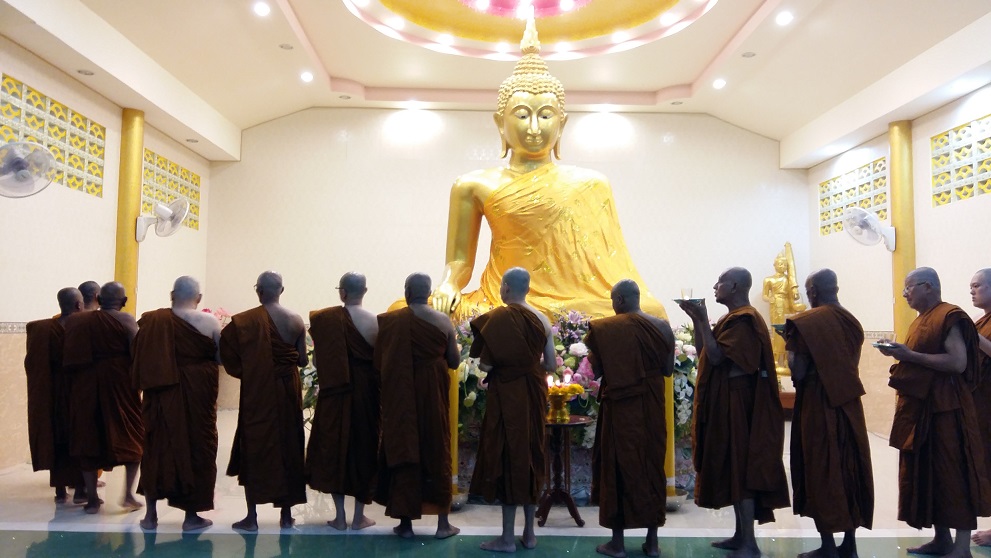 This is followed by 9 rounds around the Buddha and the hall chanting Itipiso: 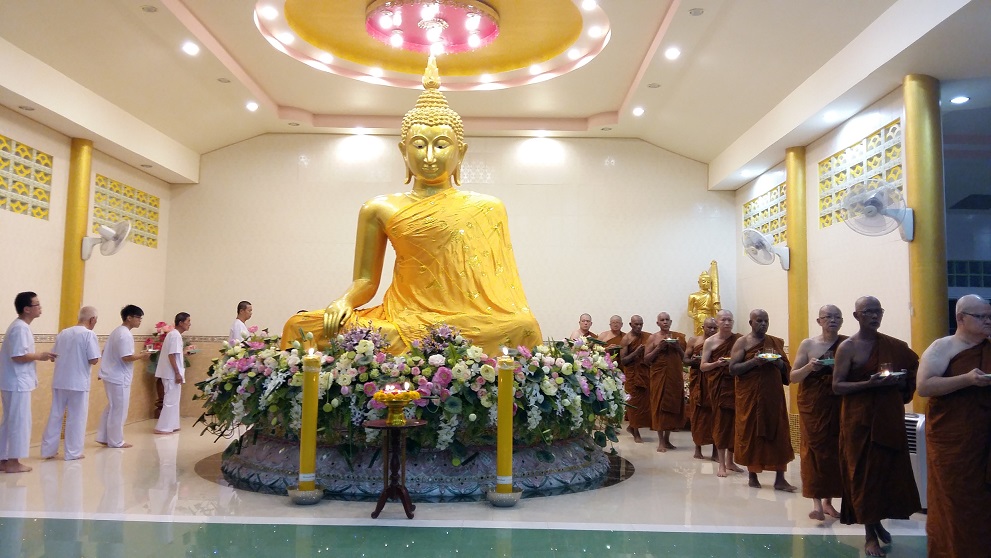 Having the meals from the almsbowl: 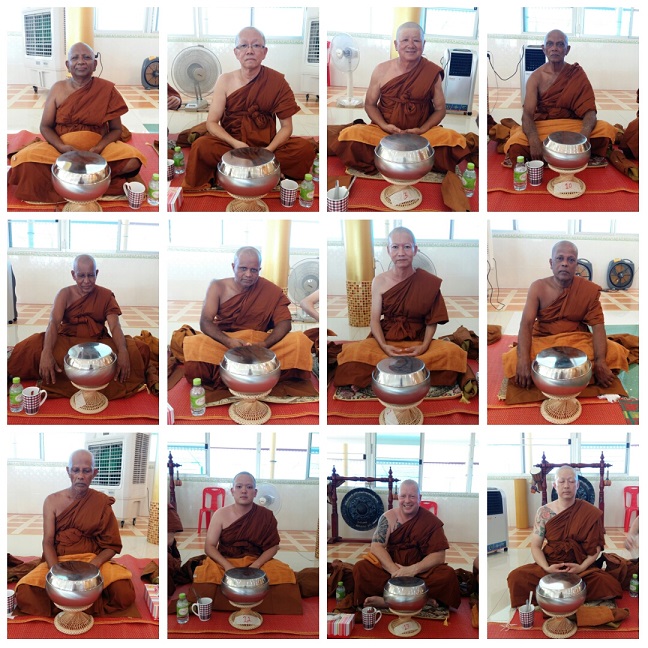 Transference of merits before partaking in the food: 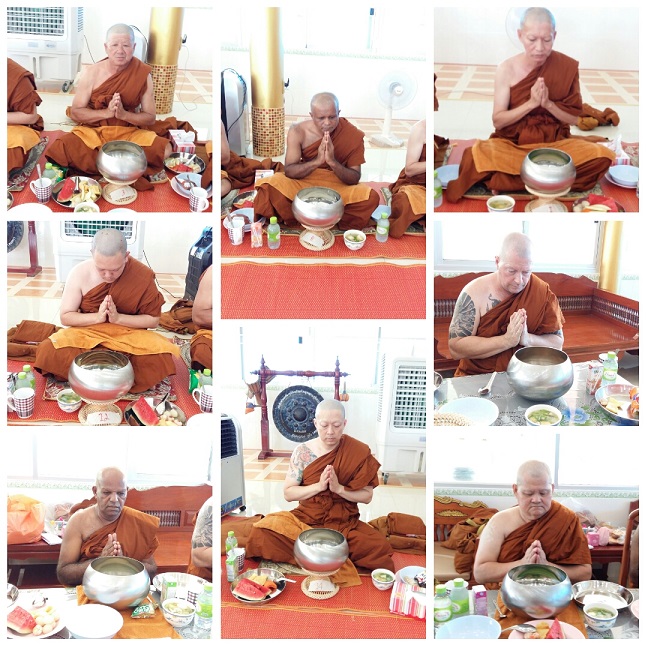 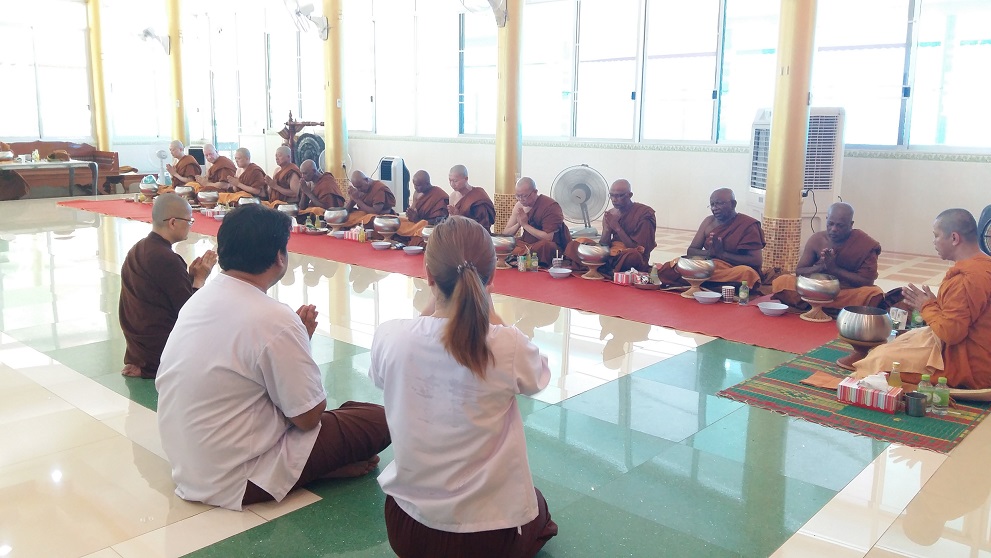 During this program, we have travelled to Khun Mae’s temple in Lampang.

23 May 2016- After evening chanting, we released laterns in the sky after making aspiration/ wish. 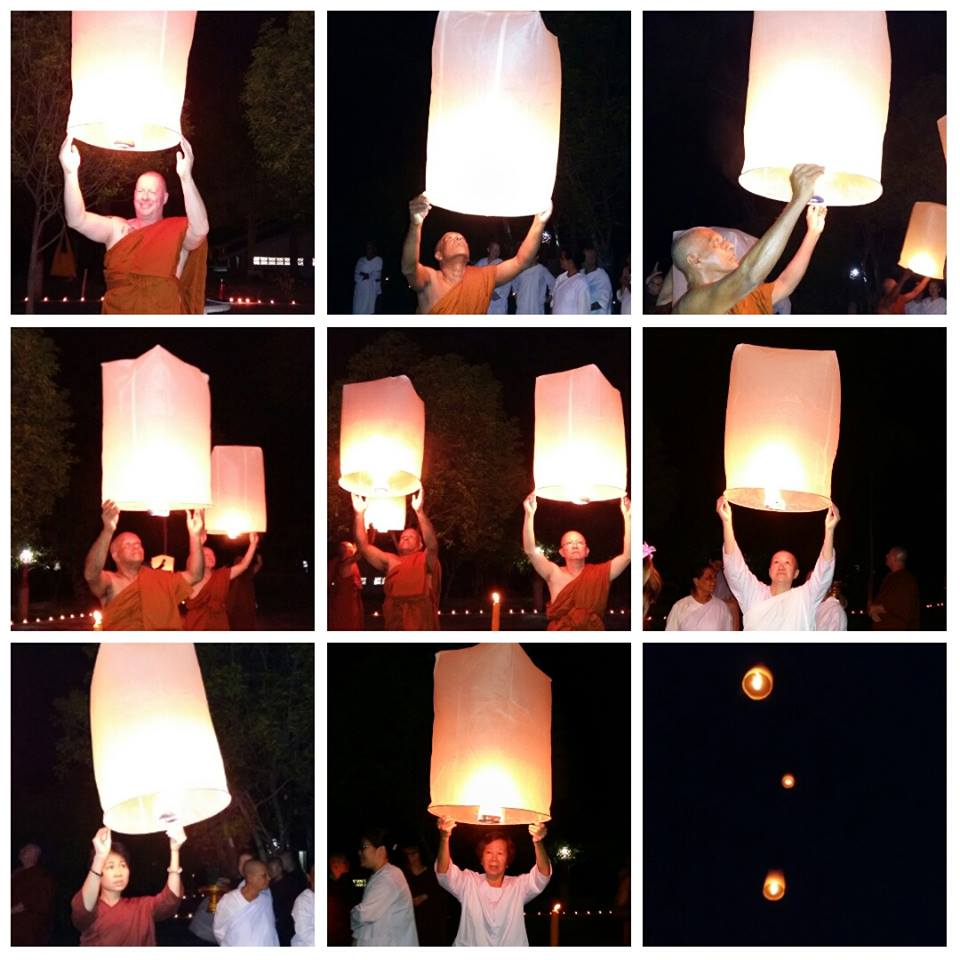 This is followed by chanting and meditation until past midnight: 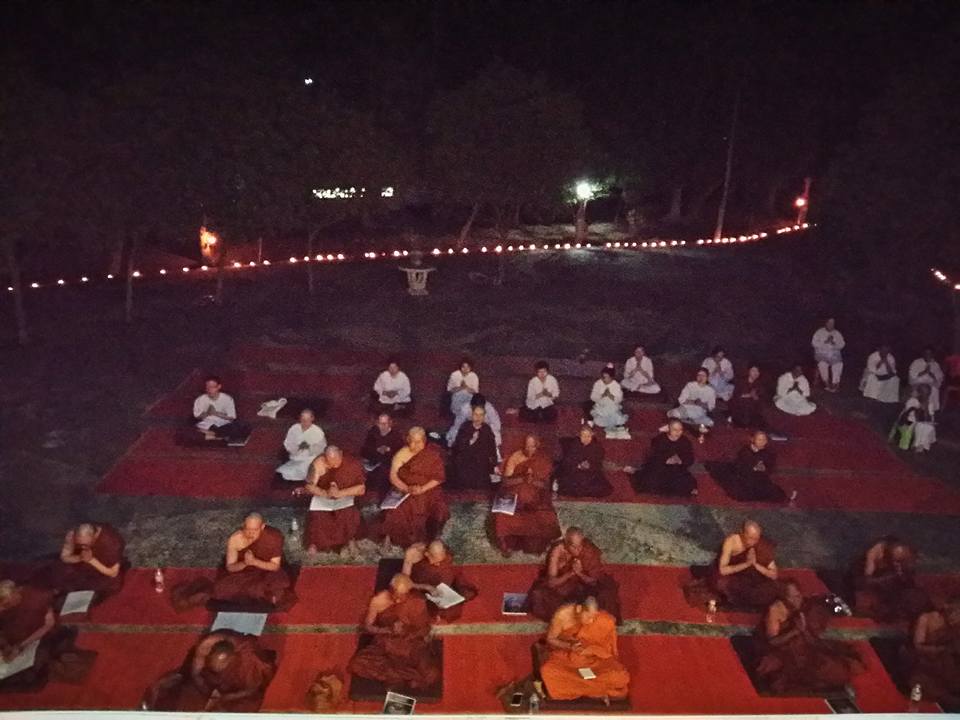 Morning Almsround at the village around the temple.

The monks went for almsround for 2 days in the surrounding areas around Khun Mae’s temple.

Morning chanting, followed by paying respect to the Buddha before morning almsround. 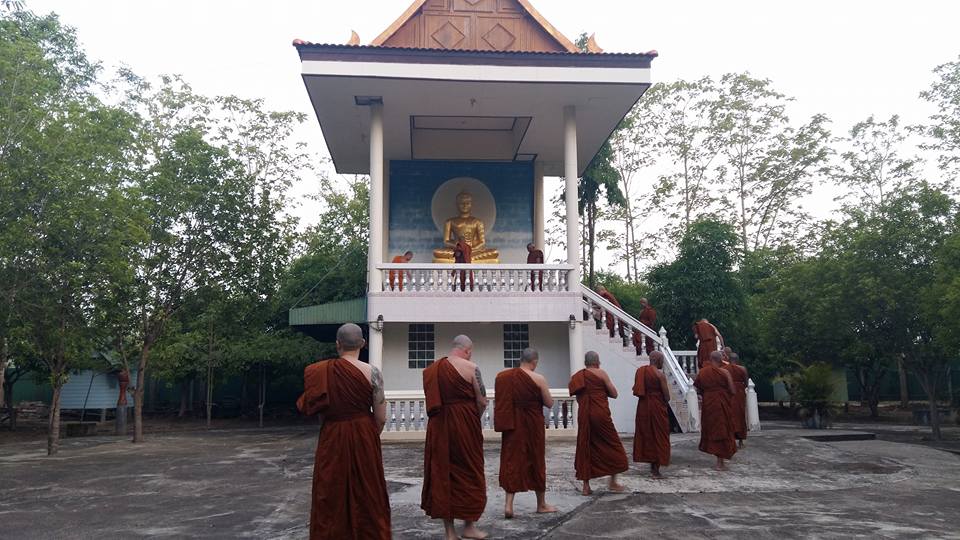 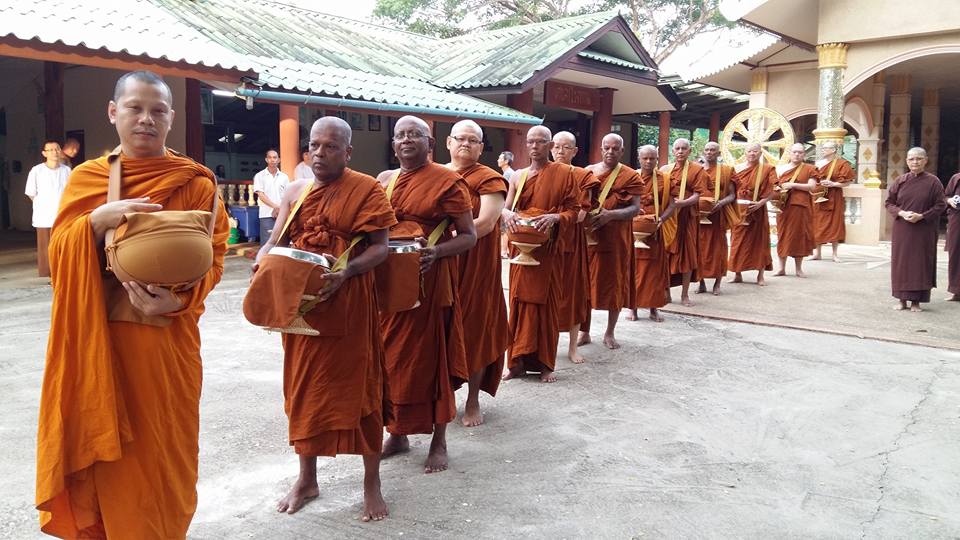 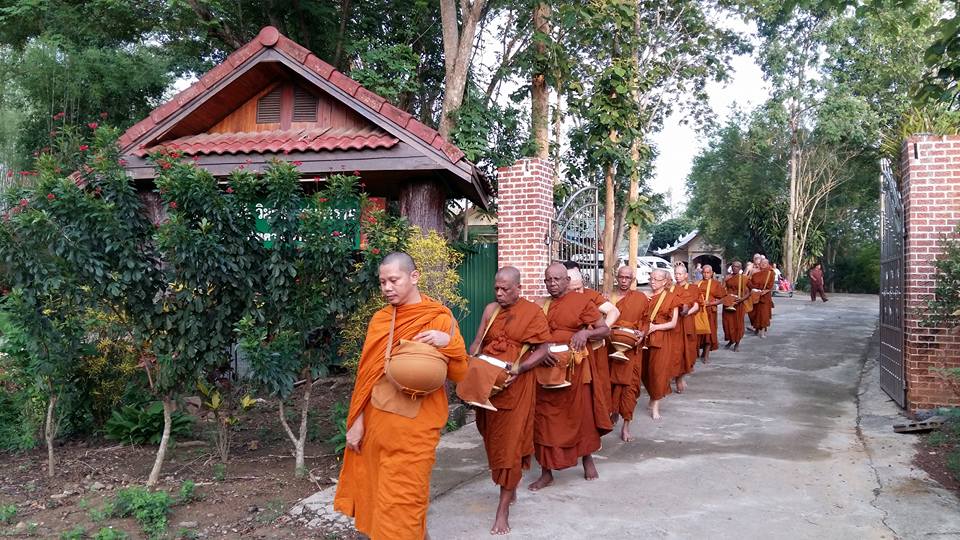 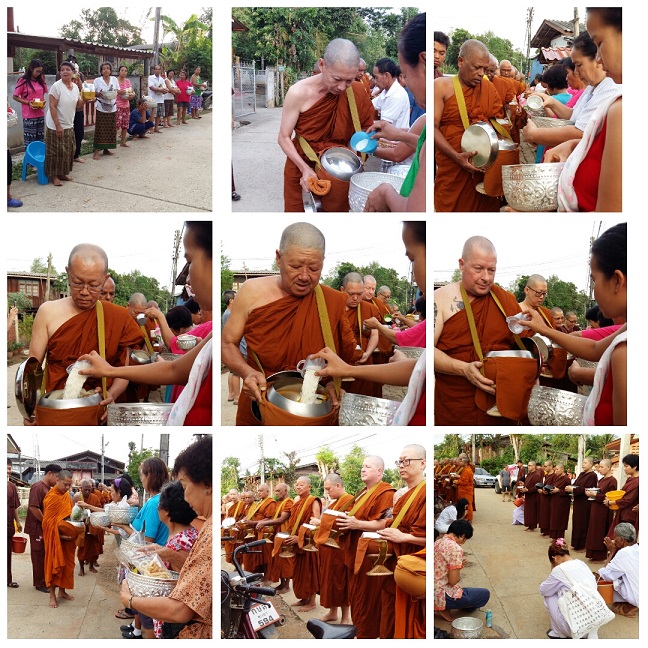 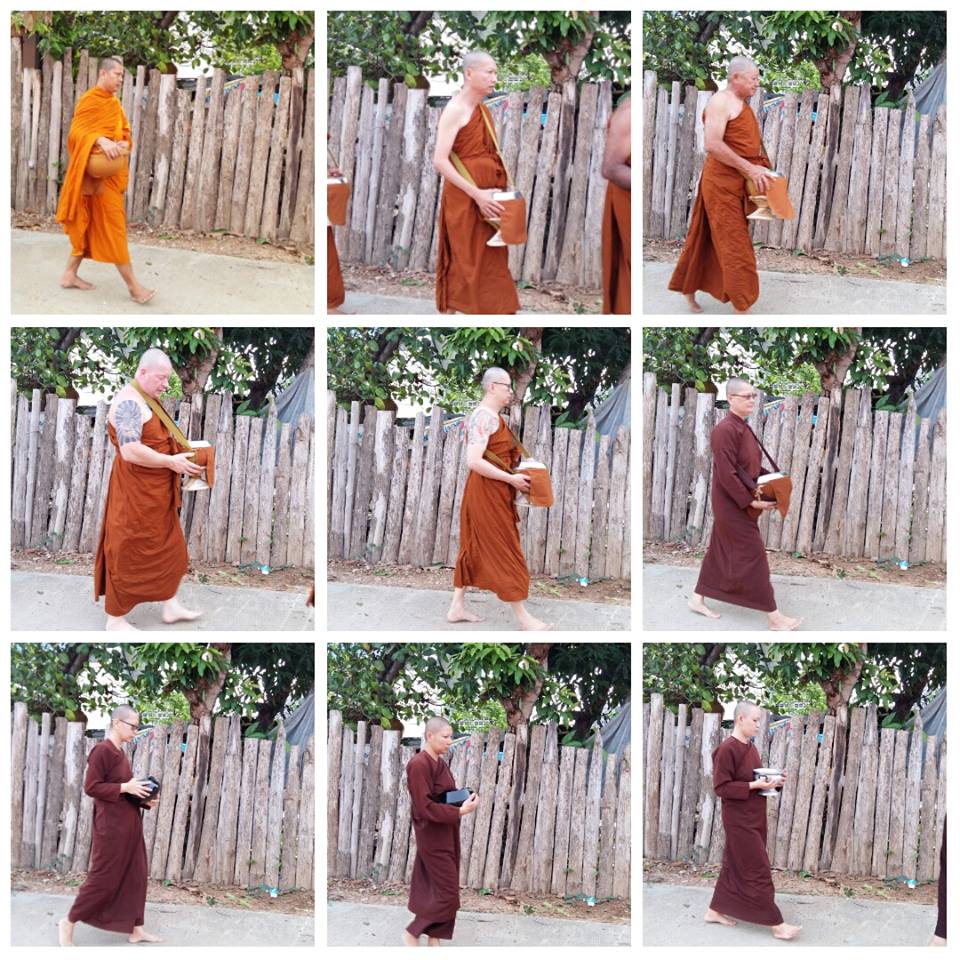 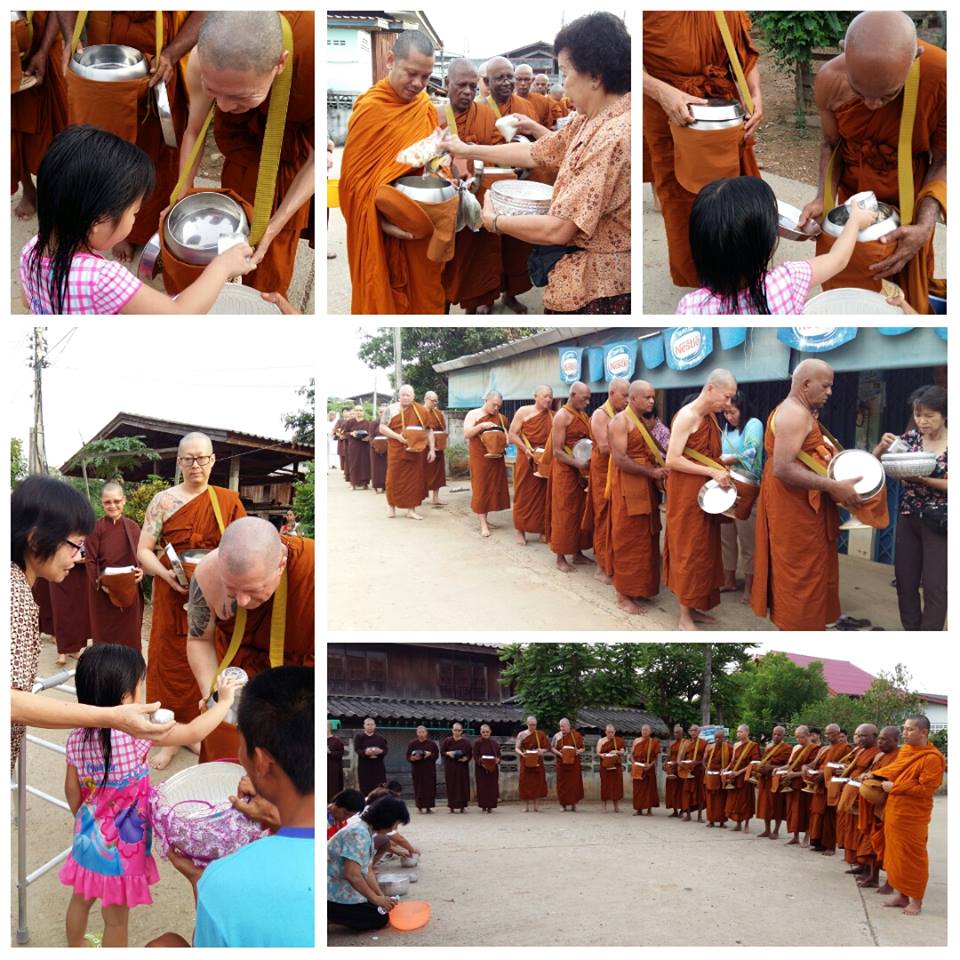 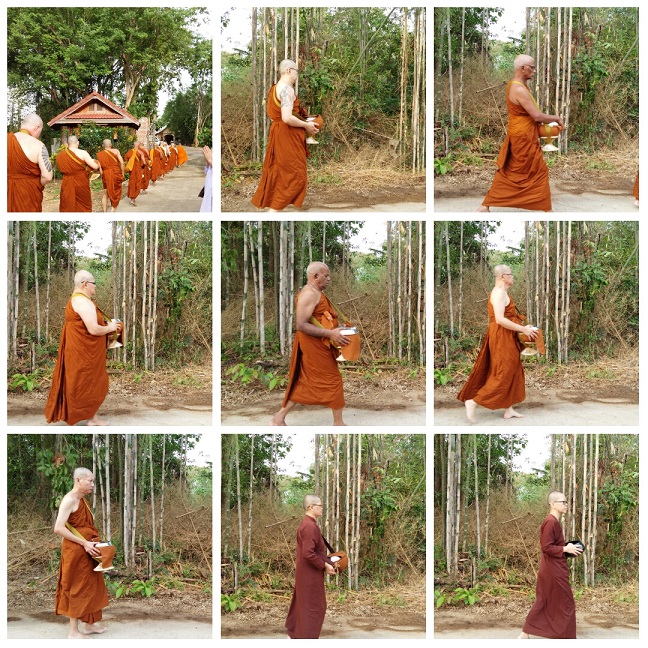 The monks also went for morning almsround at other markets such as below at Chiang Mai market. We are grateful to receive support from the public, who even though they do not know the monks or us personally, they gave alms from their heart. 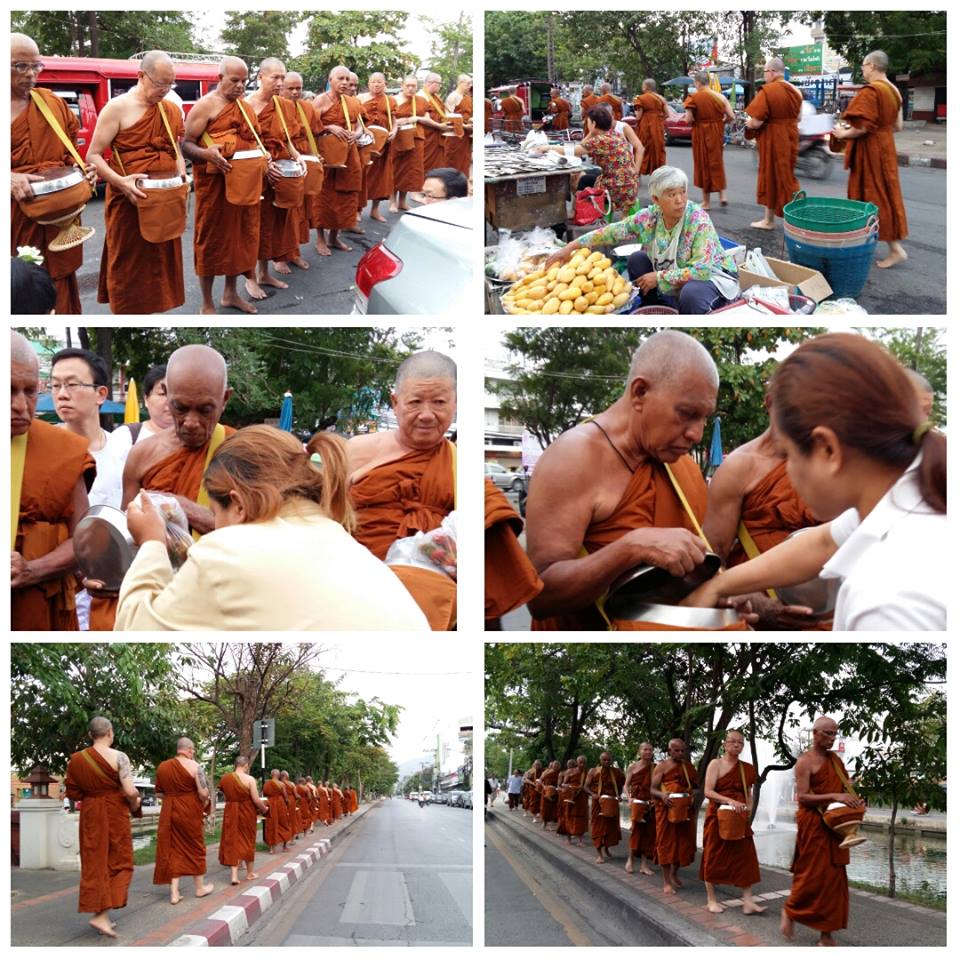 Next>> Group Photos Taken Throughout the Event

Why let anger bother you