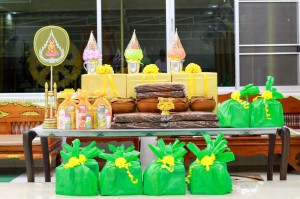 Requisites being offered to the newly ordained monks as well as Sanghadana items. 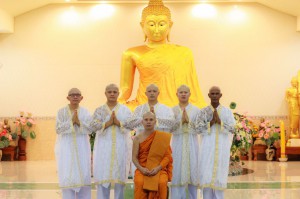 Group photo of the participants who would be ordaining as monks taken with Kubah. 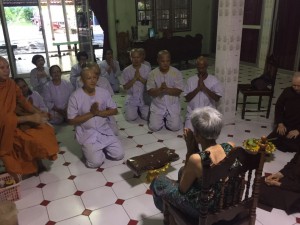 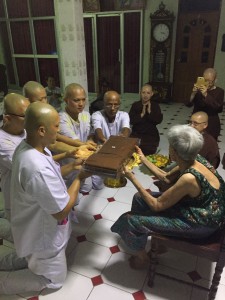 Prior to ordination, the group visited Khun Mae’s mother and she presented a robe and rejoiced in this ordination event. 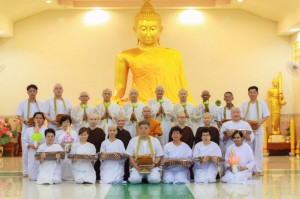 Group photo taken before proceeding to Wat Khlong Tan for the ordination event. Lay participants/family members are assisting to carry the requisites. 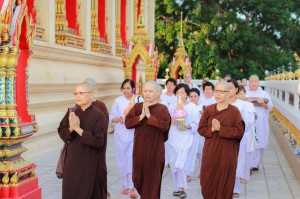 9 May 2017- The group arrived at Wat Khlong Tan and pay respects and went on 3 rounds in clockwise direction outside the Ubosot (Ordination Hall) chanting Itipiso. 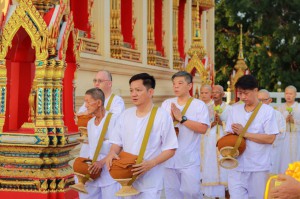 Lay supporters are carrying the requisites to be offered for the ordination. 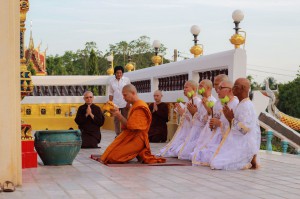 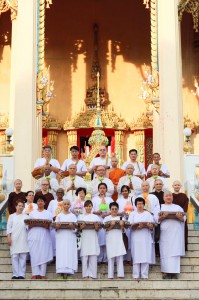 Group photo taken outside the Ordination Hall at Wat Khlong Tan, Samut Sakhon prior to the ordination. 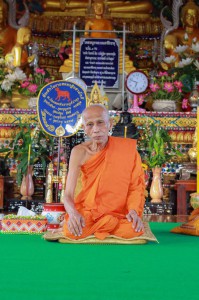 The Preceptor who would be performing the ordination together with a group of senior monks. 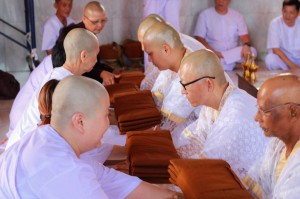 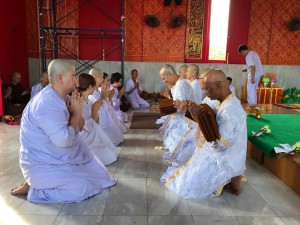 Family members/ representatives offering the robes to the participant. 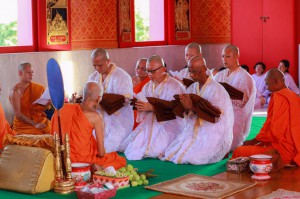 The soon-to-be bhikkhu then offer the robes to the upacaya (preceptor) while chanting script to request for ordination. 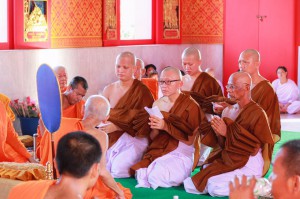 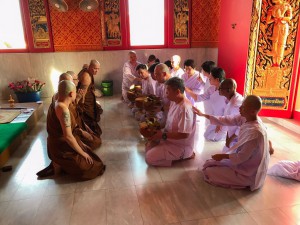 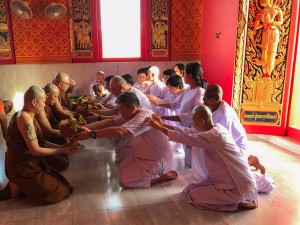 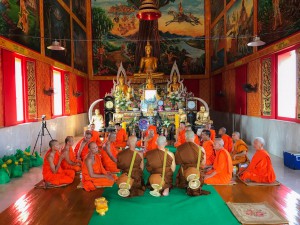 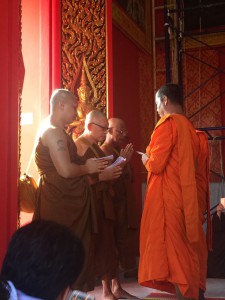 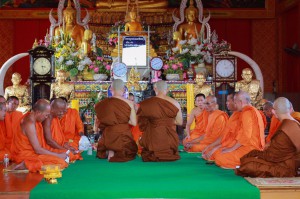 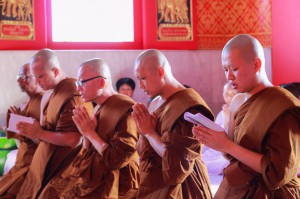 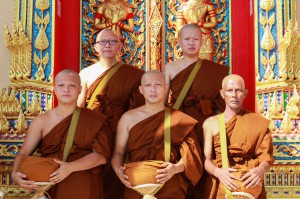 Above: The ordination event is completed at Wat Khlong Tan. Sadhu! Sadhu! Sadhu to our 5 newly ordained monks (bhikkhus). 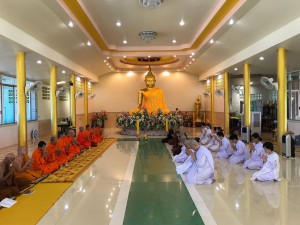 After that, the group proceeded back to Samathidhammaram Centre where the senior monks as well as the newly ordained monks were invited for lunch dana. 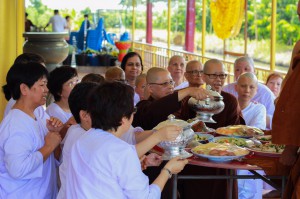 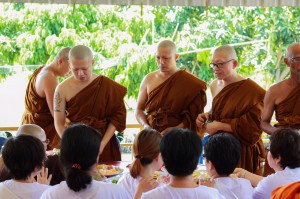 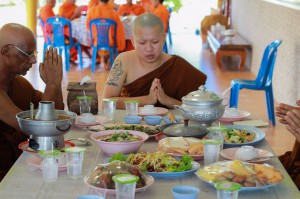 The 5 newly ordained monks having their first meal together with the invited monks. The monks were chanting transference of merits. 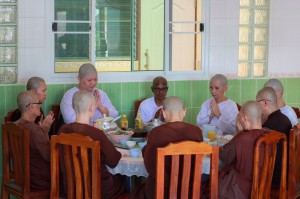 The nuns, including the newly ordained nuns chanting transference of merits prior to having their lunch.