At 4pm, the bell would be rung. By 5am, the group would gather at the shrine hall for morning chanting. 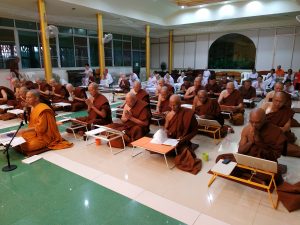 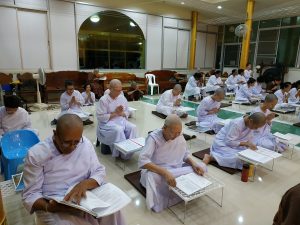 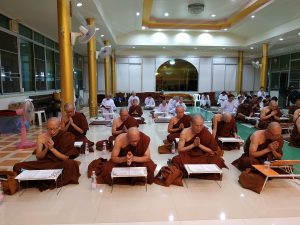 In the evening, chanting would begin at about 7pm.

There are also a short session on meditation sitting after chanting on certain days. 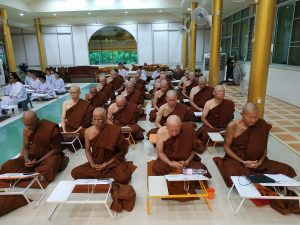 On certain days, we have walking meditation practice before chanting. 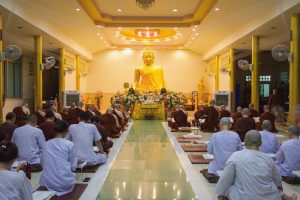 On Wesak Day, we have a special night chanting whereby we started with evening chanting, and then chanting of Itipiso 108 times, followed by lighting of candles and going around the shrine hall 3 times chanting Itipiso. We then continued with chanting of Dhammacakkapavatana Sutta. We completed the chanting session at about 3am the following day. 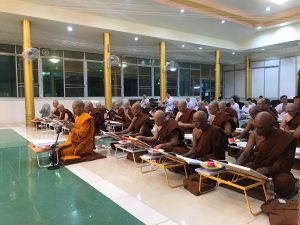 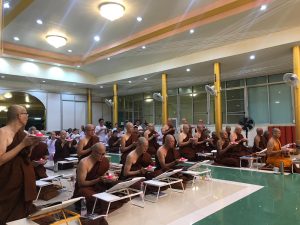 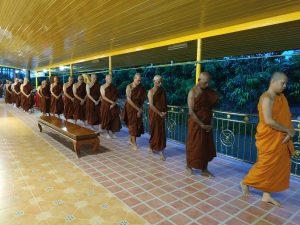 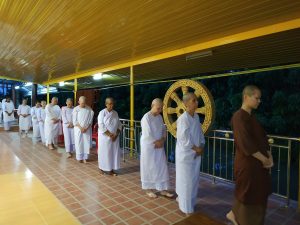 Lunch- Eating from the almsbowl

After the morning chanting and breakfast, the monks would work swiftly to prepare the hall for lunch whereby the almsbowl and seats are neatly arranged. The monks would practice the chants together. 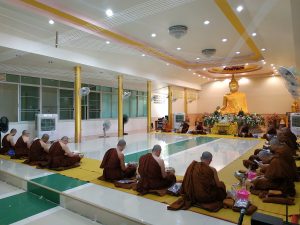 At about 10.30am, nuns and the lay preceptors would gather to offer cooked rice to the monks. The monks would walk in a single file quietly, chanting “Ayu vanno sukham balam” when rice is placed into their almsbowl. 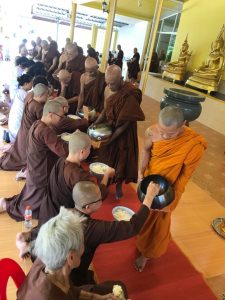 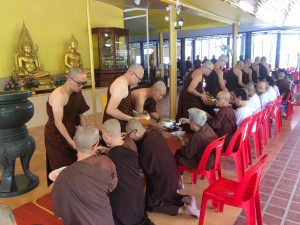 We would place a table with dishes and fruits for the monks. Kubah would led in the acceptance of the food while the group expressed “Sadhu! Sadhu! Sadhu! Anumodami“. 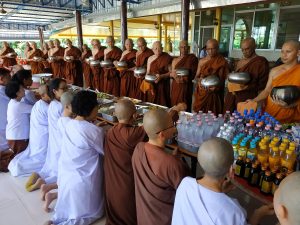 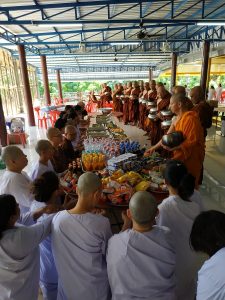 The monks would put the dishes and fruits into their almsbowl and proceed quietly back to the shrine hall. They would then cover their almsbowl with a cloth. 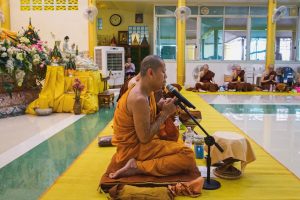 The monks would chant transference of merits while we pour water to transfer merits to our parents, family, ancestors, kammic debtors. 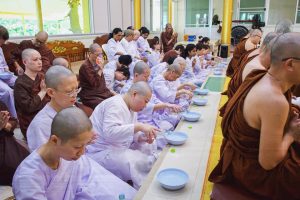 After that, the monks would lift the cloth and chant Patisankharo chant. They reflect on that the food that they have received is just merely food without placing labels to them. And that the food offered is purely to sustain their path in the ordain life and transfer merits to the animals. 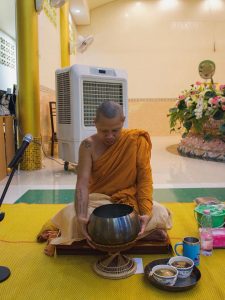