The ordination for 21 monks were performed on 17 May 2019 at Wat Khlong Tan, Samut Sakhon at about 6am in the morning. 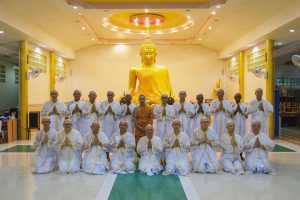 Above: Group photo taken before leaving the temple for ordination. 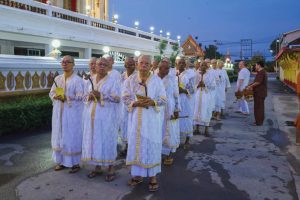 The participants and the group arrived at Wat Khlong Tan before 6am in the morning. 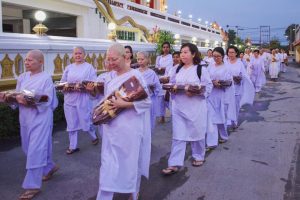 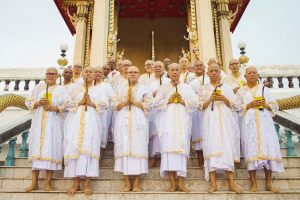 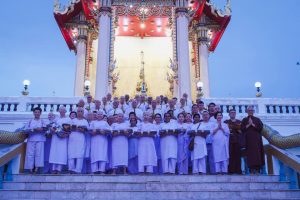 Group photo taken before the group proceeded into the ordination hall to undergo temporary ordination as monks. 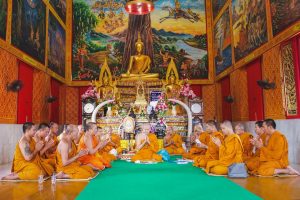 Above are the Upacaya (Preceptor), 2 Acariyas (teacher) and other members of the Sangha who would be performing the ordination for the 21 participants. 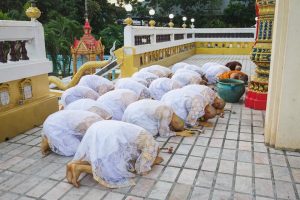 The participants made aspiration and bow down to pay respect before entering the ordination hall. 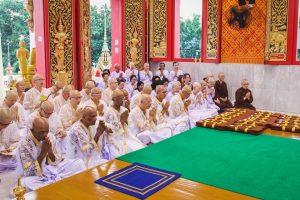 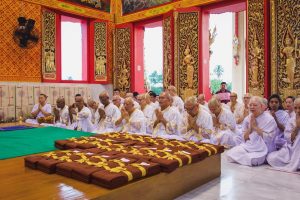 Robes are being offered to the participants by their family members who are present to witness the event. For those whose family members are not present, a representative would offer the robes. 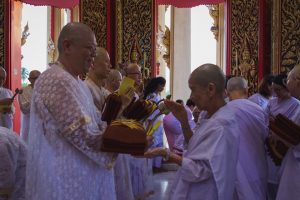 Holding the robes on their clasped hands, the participantschant the scripting for going forth. 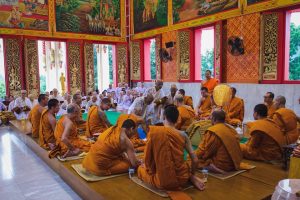 The Upacaya (Preceptor) would then request the participants to keep in mind the 5 objects for frequent recollection. 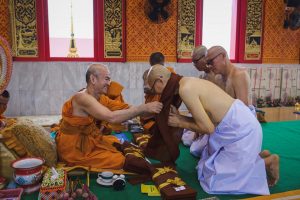 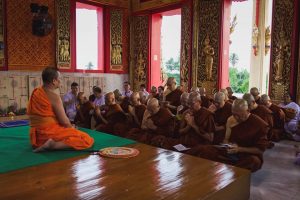 After putting on the robes, the participants to request for the refuge and precepts. 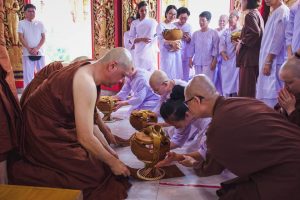 Almsbowl would be then offered to each participant. 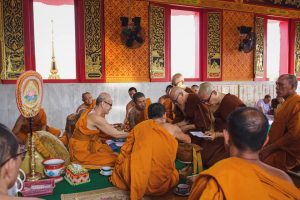 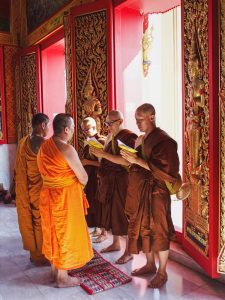 Above is the examination outsde the Sangha where 2 Acariyas (teachers) would question the participant as part of the ordination procedure.

After the process is complete for each participant (ordination is done in groups of three), we performed offerings and this is followed by transference of merits. May the merits acquired from the ordination be shared with their parents, ancestors, devas and kammic creditors. May they be well and happy.

The monks are invited for lunch dana at Samathidhammaram Centre. 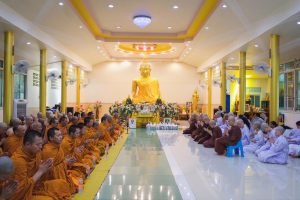 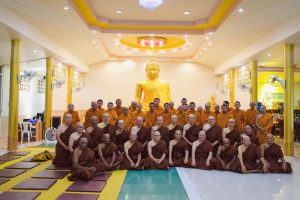 Group photo of the newly ordained monks together with the invited monks and the Acariya who have performed the ordination. 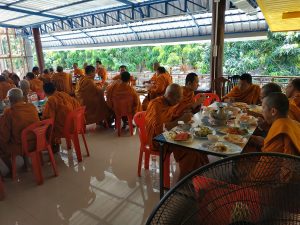 Testimonial on the experience of Short Term Ordination

Walking the path and dealing with adversity