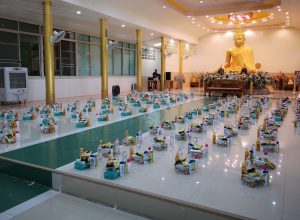 The offering items are being prepared and laid out in the shrine hall. 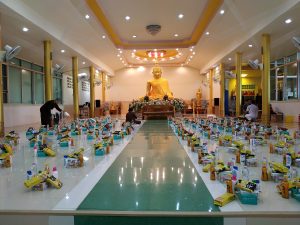 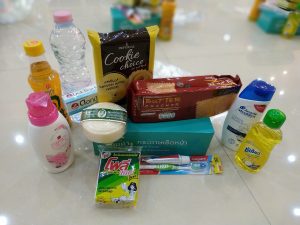 Above are the items that would be included in the offering of requisites to monks. 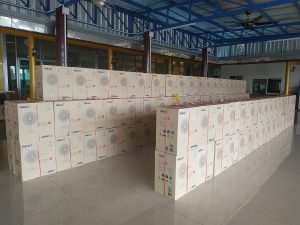 Above are fans that would be offered to the invited monks. 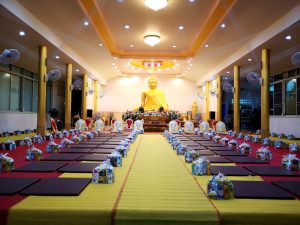 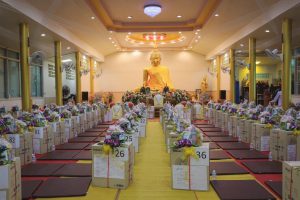 The items to be offered including fans, candles, flowers and requisites were prepared. There are a total of 140 sets of offerings. 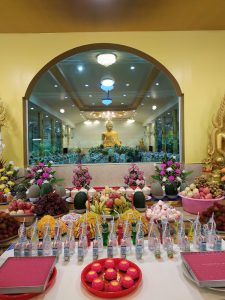 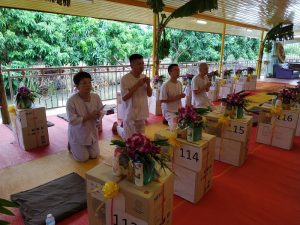 This is followed by the arrival of 140 invited monks for the Maha Sanghadana Event. 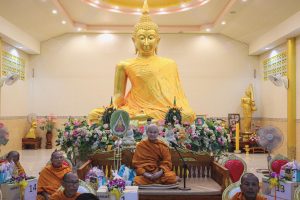 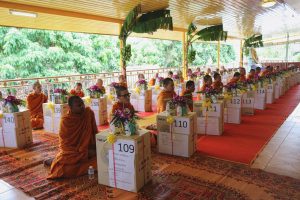 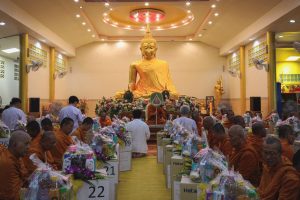 We begin by requesting for the Refuge in Triple Gem and taking precepts. 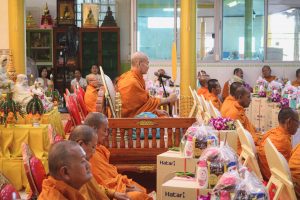 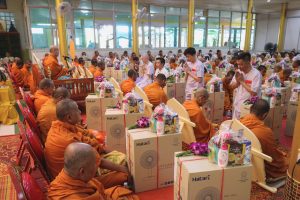 This is followed by the chanting from the members of the Sangha: 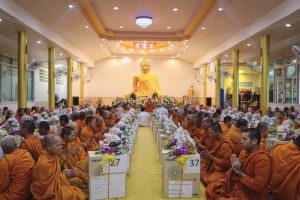 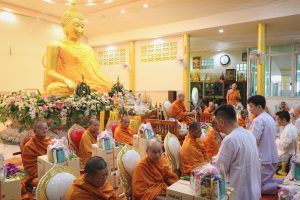 Above: After the chanting is completed, we offered requisites to the invited monks. For those who contributed but were unable to be present personally, representatives presented the offerings on their behalf.

The event is concluded by offering of lunch dana for the invited monks. 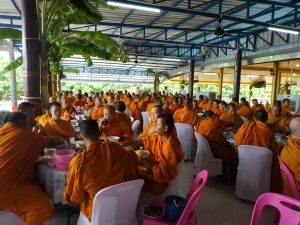 Significance of praying homage to the Buddha