Requisites would be prepared for full bhikkhu ordination would be similar as per below: 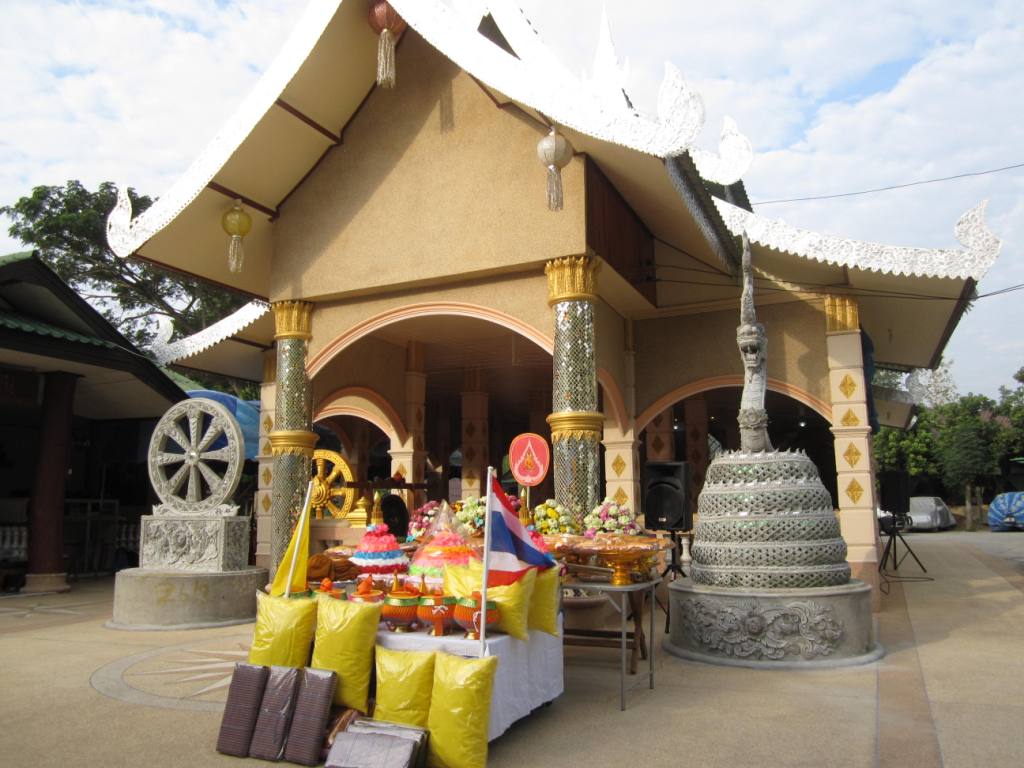 The photo of the requisites is taken from the December 2011 Full Bhikkhu ordination held in Samnak Wimuthidhammaram. For ordination, aside from robes, almsbowl and daily requisities, there would be additional items provided due to the extensive travelling involved. 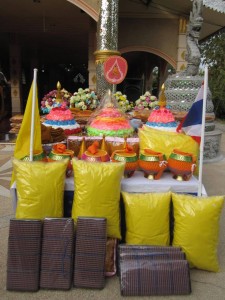 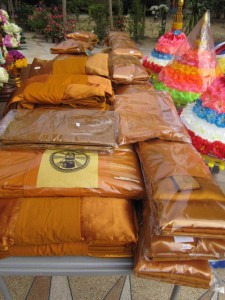 We have received inquiries from some who would like to sponsor for the bhikkhu/ novice/ nuns ordination and wanted to know the cost per person.

For full bhikkhu ordination, the cost is estimated to be about.Note as of Dec 15: The cost has increased because Khun Mae purchase the good quality monk robes which 1 set costs 3800 baht. We would check further with Khun Mae on the estimated cost

The cost goes to:

The above have not include the daily living expenses, food, travelling costs and temple utilities cost.

For those wished to donate towards the cost, you may contact the following persons:

Alternatively you may leave a comment with your particulars (your comment will not be published but we would reply to you via email).

The Power of Dana