The Installation of the Buddha statue in Samadhidhammaram Centre would not have been possible through the faith and generousity of all. It had been a huge feat- and Khun Mae would always be grateful to all.

On 23 October 2012, male followers assisted to lay down the golden leaves on the lotus foundation where the Buddha is to be seated on- they worked till late at night to help to complete the arrangements: 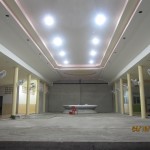 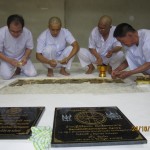 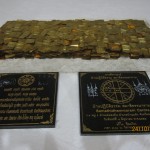 The next day, on 24 October 2012 (24 ต.ค. 2555), the Golden Buddha statue measuring 365cm (h) x 240cm (w) x 138cm (d) was installed succcessfully. The statue itself weighed over 1000kg – with faith and unity, both followers and helpers from Thailand, Singapore and Malaysia were able to carry the Buddha Statue from the vechicle to the lotus base: 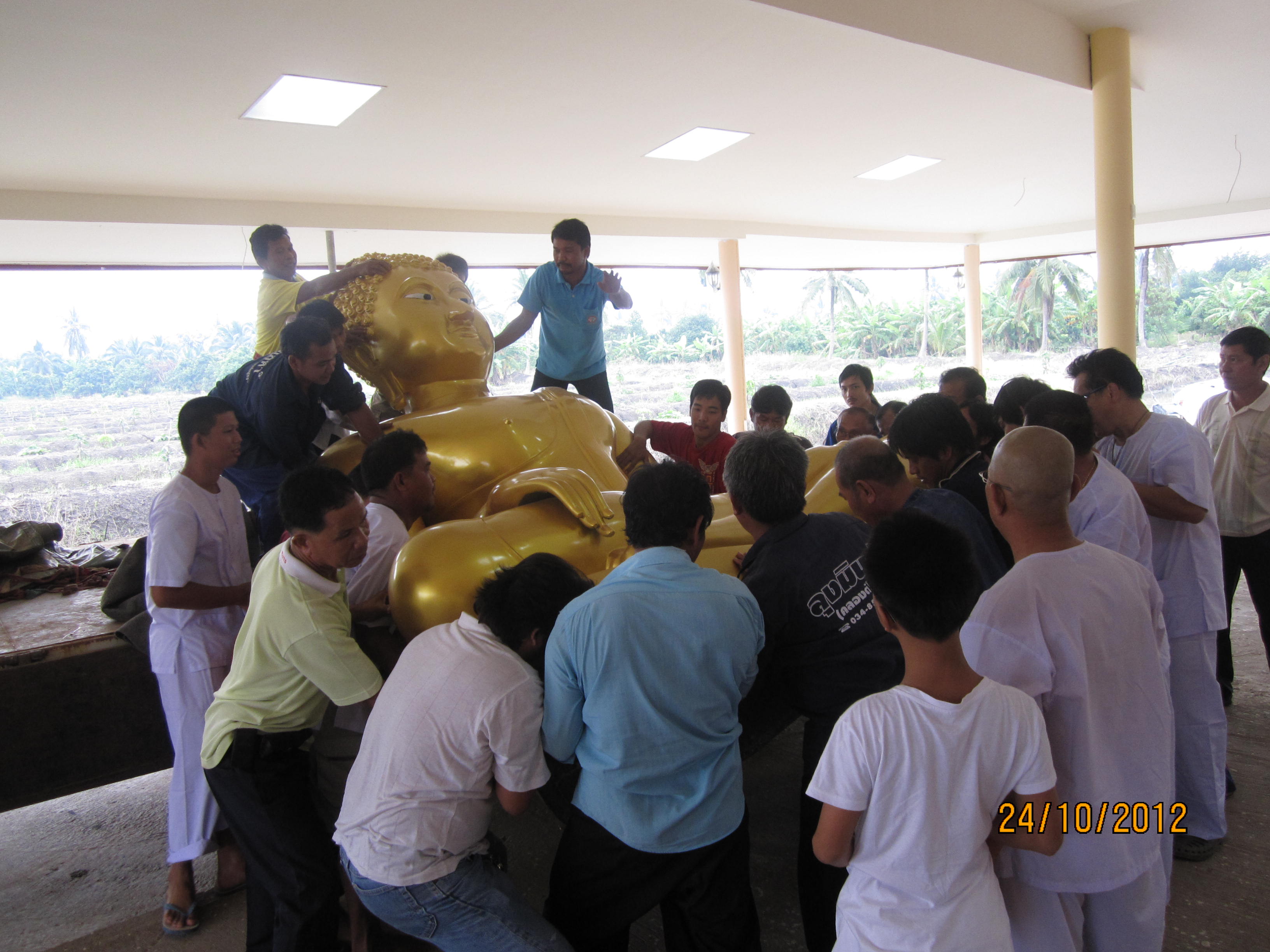 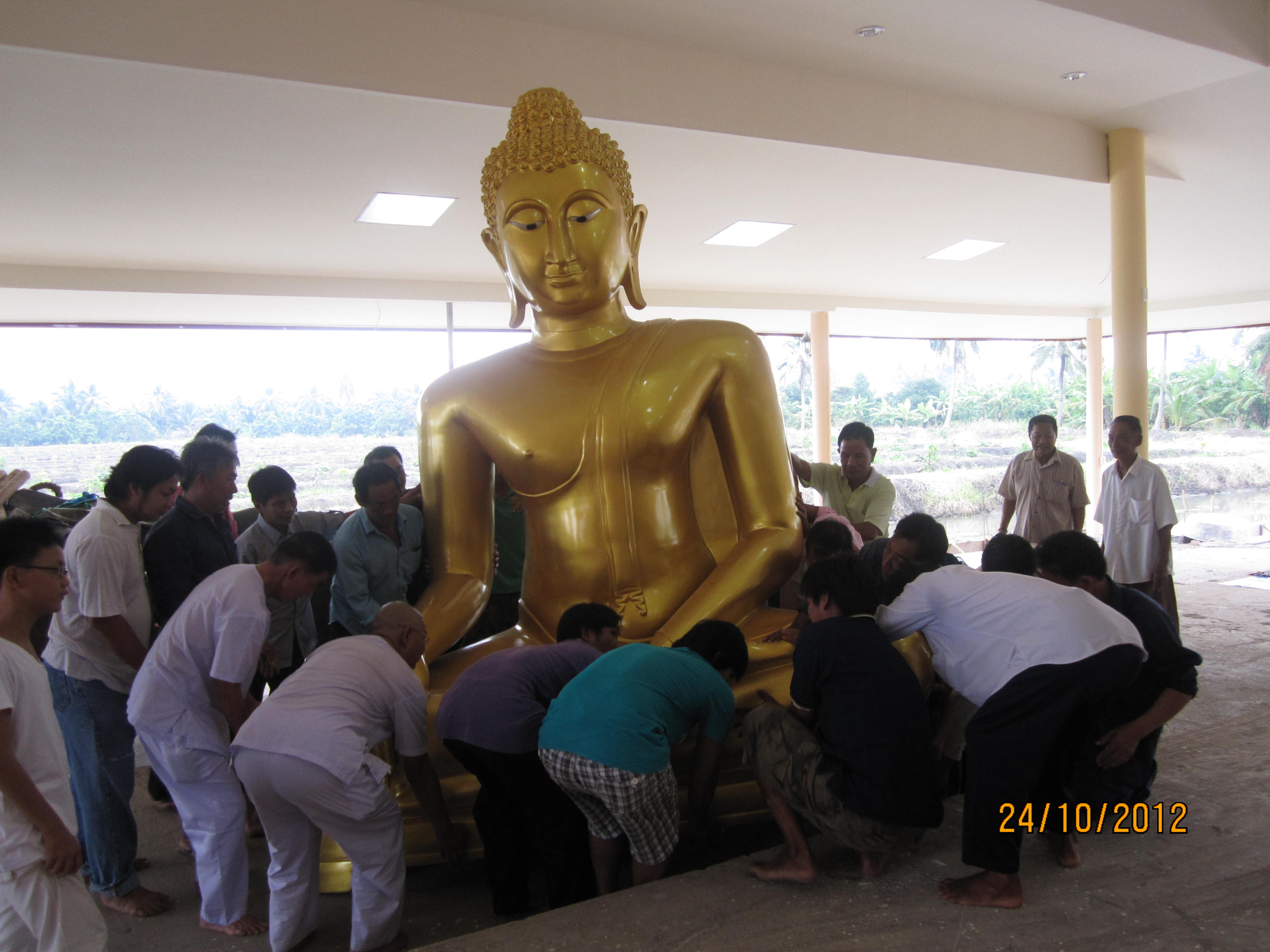 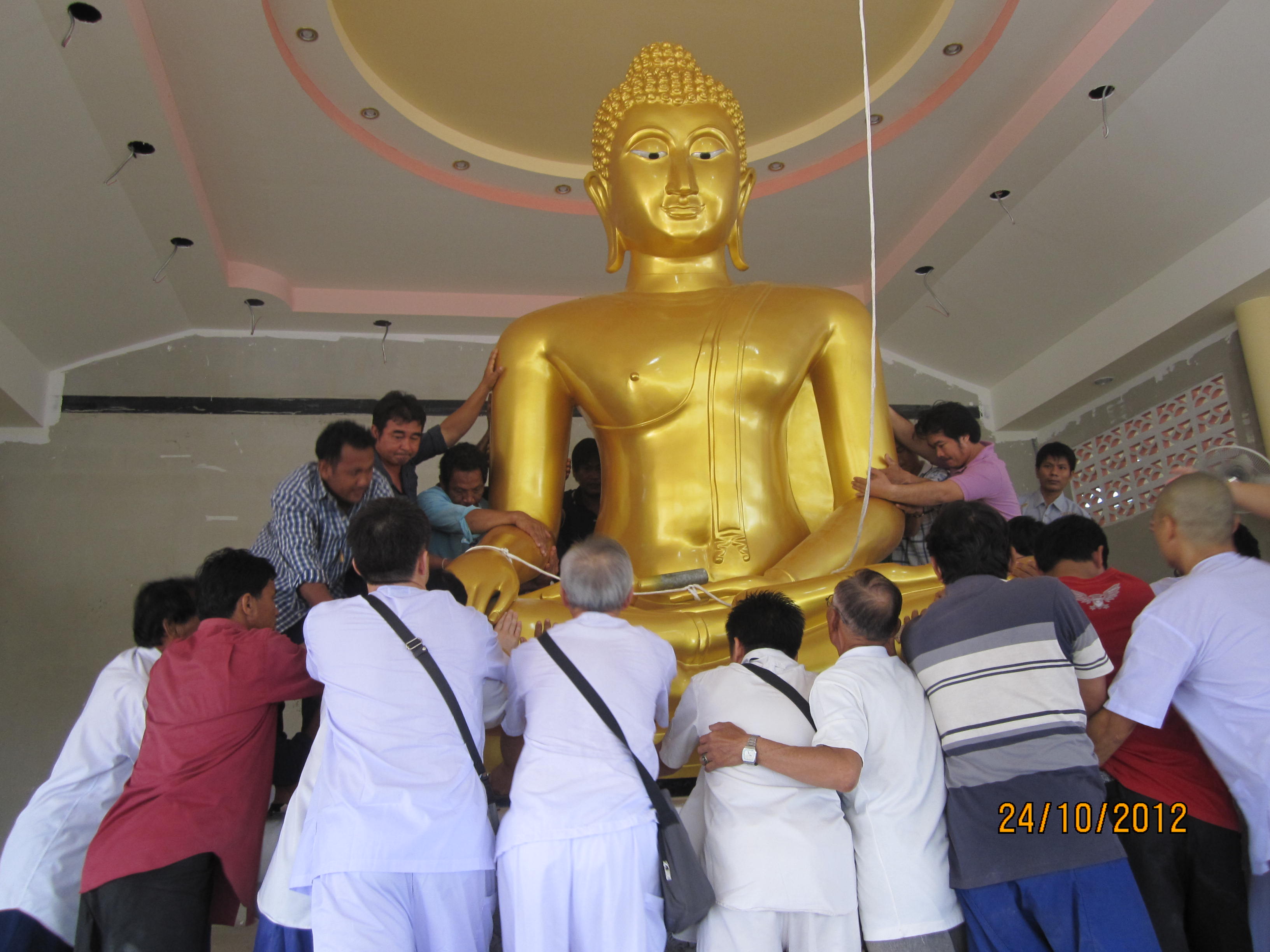 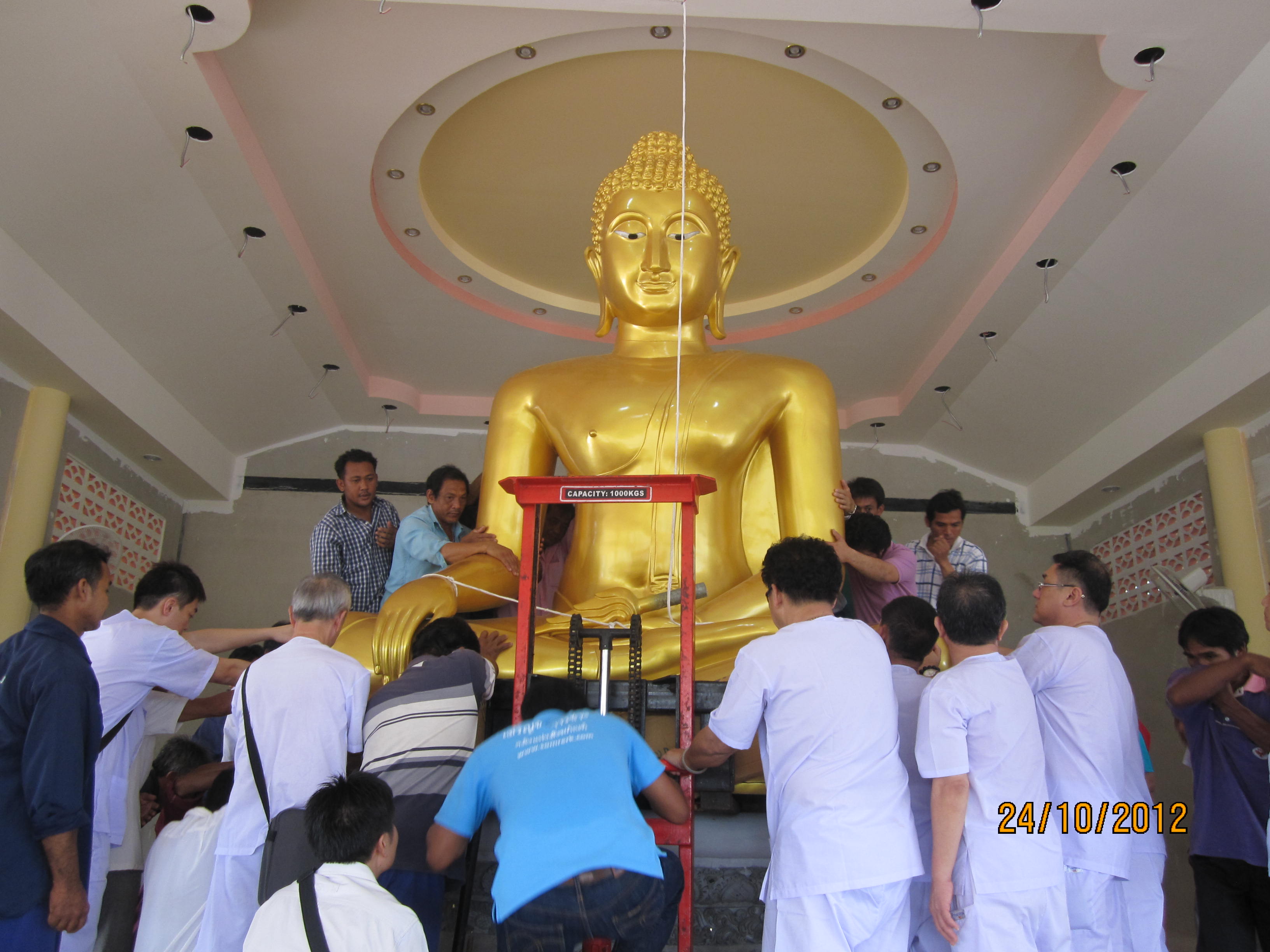 Group photos of some who have attended the installation: 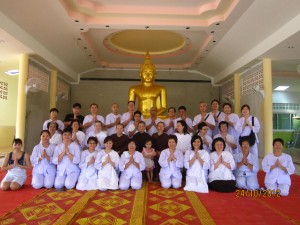 During December 2012, 4 persons from Sabah came to undergo temporary ordination as novices: 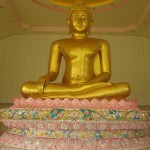 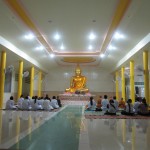 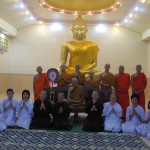 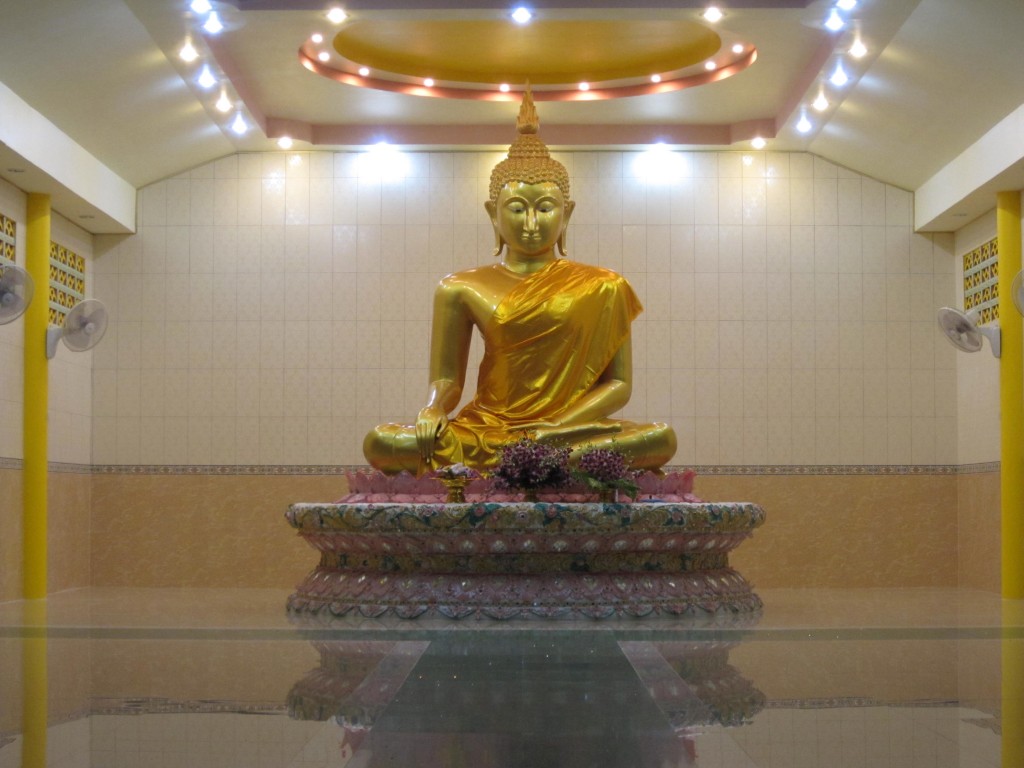 Phra Malai seated behind the Buddha: 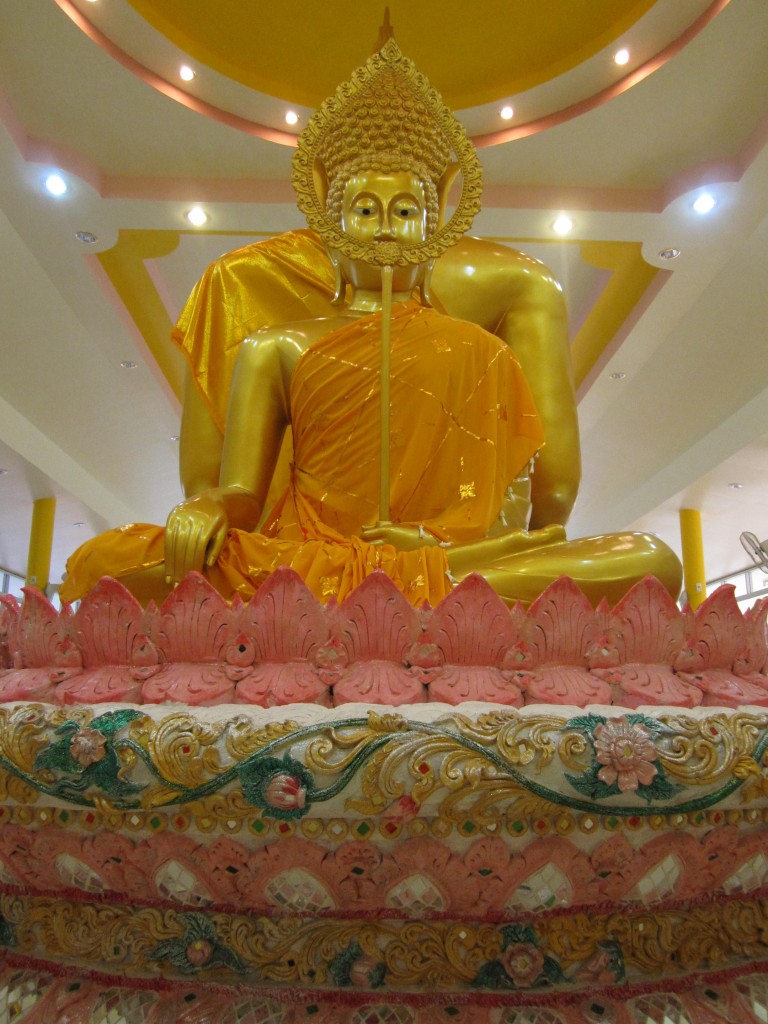 Buddha statue in May 2013 (additional lights were added on top): 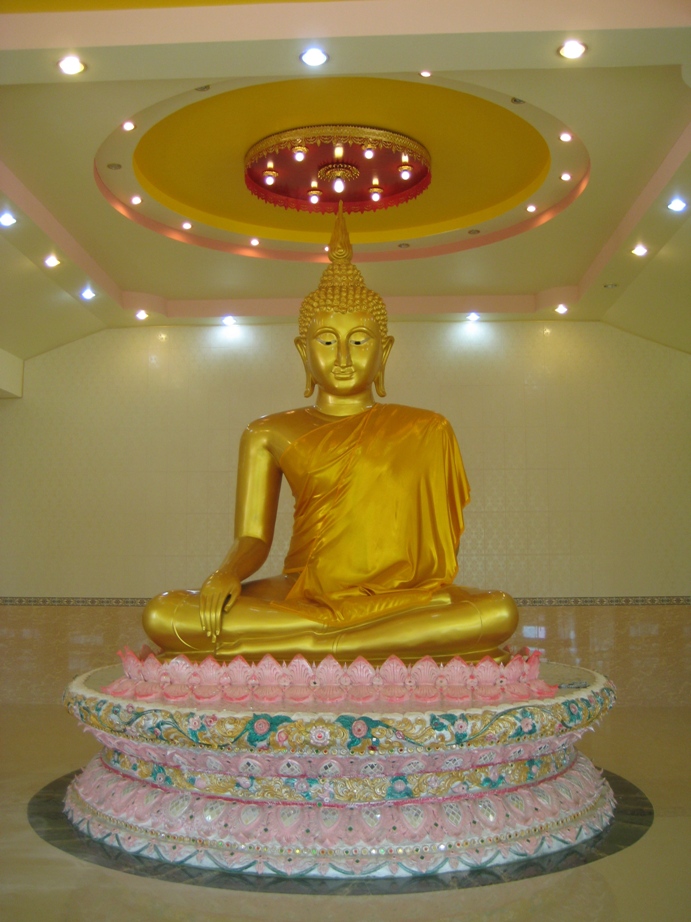 The Importance of Chanting in Our Cultivation